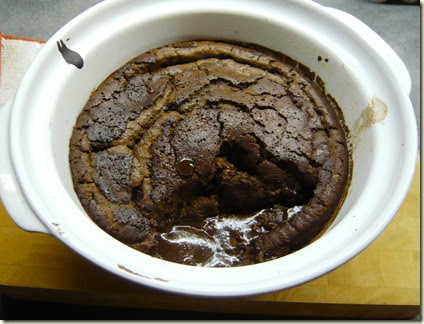 This is a recipe I found in one of the series of little books by the Women’s Institute, called “Chocolate Success”.

It’s for one of those self saucing puddings where you end up with a sponge on top and a sauce underneath.  The interesting thing about this one is that ginger beer is one of the ingredients. 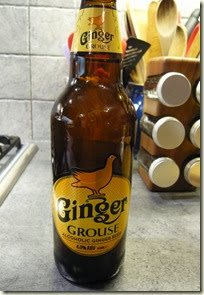 I haven’t bought ginger beer for donkey’s years and it took some finding in our local supermarket.  This was the only brand I could see. 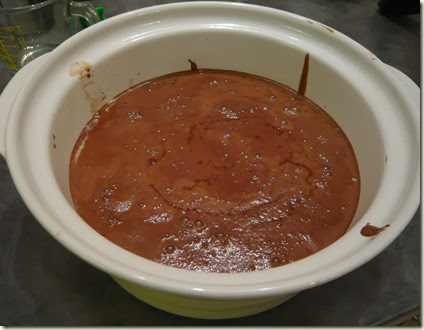 I have made a similar chocolate pudding dozens of times before, using a recipe given to me by a friend decades ago, but this was the first time I had used ginger beer in it.  The mixture was extremely runny, much more so than I remember, and I had serious doubts that it would turn out right.  But it did!

I liked the texture of the sponge and that it was not too sweet, much less sweet than my previously favourite recipe.  There was a hint of ginger from the ginger beer.  I might be tempted to add a little ground ginger to the mixture to make it even more gingery next time. 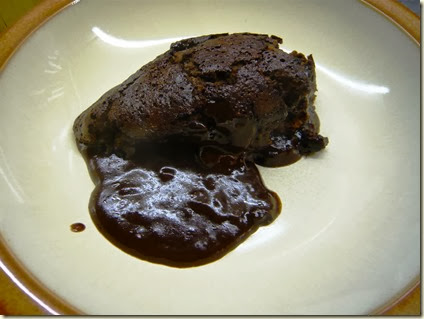 It’s best to serve the pudding soon after it comes out of the oven.  As time ticks by the sauce thickens and eventually solidifies, in the same way as a custard sets as it cools.

We served ours with some cream but it would be nice with ice cream or even custard.  I have to admit that I also like the pudding cold with the sauce quite set too.  It microwaves well but the sauce doesn’t really become liquid again. I am submitting this post to the current We Should Cocoa Challenge, the brainchild of Choclette of Chocolate Log Blog and hosted this month by Linzi of Lancashire Food.  You can see the details here.

The theme for January is “new ingredient” and as I have never used ginger beer in anything before, this seems to qualify !!

Put all the sponge ingredients except for the milk in a food processor and process until smooth.  Gradually add the milk and process to combine.  Pour the mixture into the prepared dish.

To make the sauce, put the sugar and cocoa into a medium bowl, add the boiling water and mix until smooth.  Stir in the ginger beer.

Gently pour the sauce over the sponge mixture so that it is completely covered and bake for 40-45 minutes until the sponge is firm.

Serve within ten minutes to ensure the sauce remains runny.

more of the same baking challenge, chocolate, faff factor *, puddings, we should cocoa