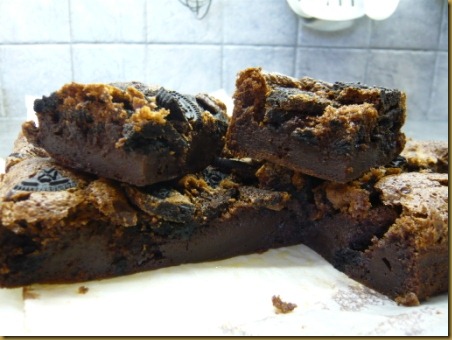 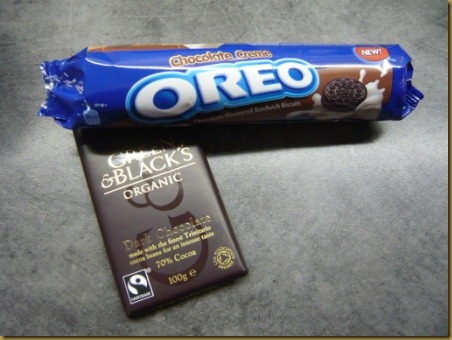 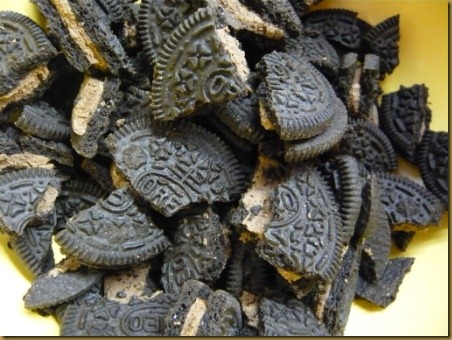 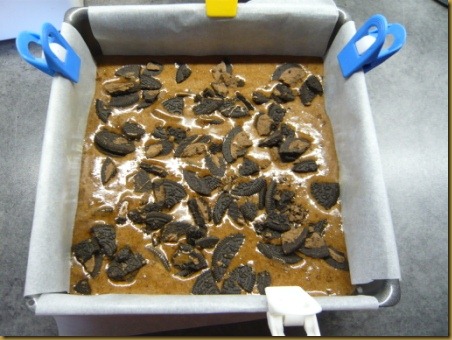 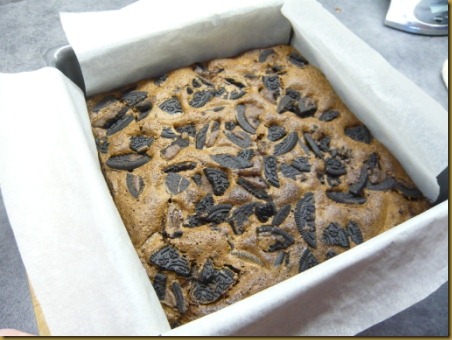 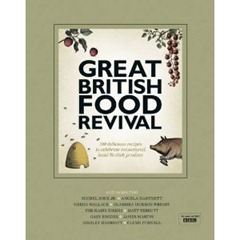 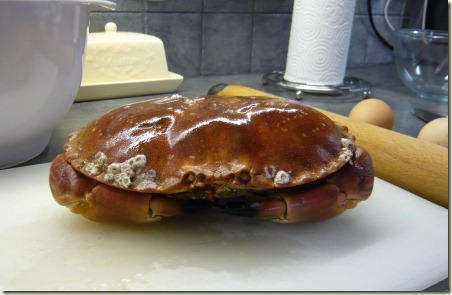 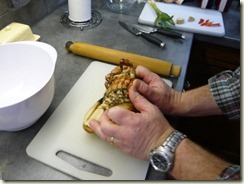 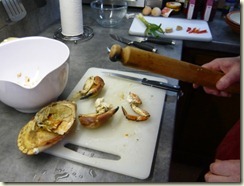 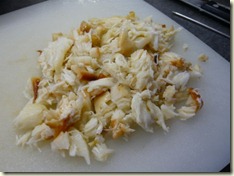 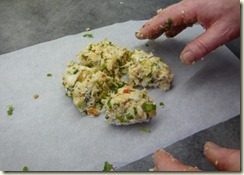 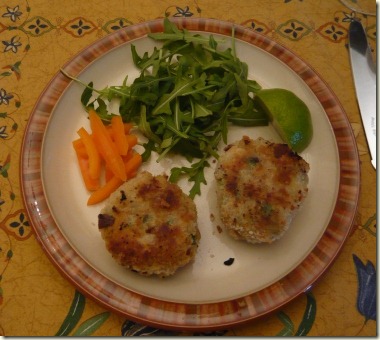 I sometimes borrow cookbooks from our local library. 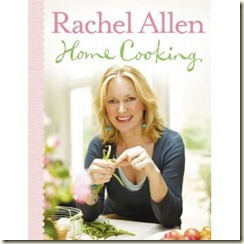 I recently borrowed this book by Rachel Allen.  I have never seen her on TV myself but the recipes in the book looked good.

Browsing through, I spotted one for a fruity twist on one of my favourite puddings, tiramisu.  Instead of the usual coffee, chocolate and brandy (or Amaretto, as per my favourite tiramisu recipe), Rachel uses strawberries, white chocolate and crème de cassis.  The picture looked so pretty and scrumptious that I just had to give it a try.  You can see the recipe on Rachel’s website here.

The only strawberries in the shops in April seem to be the large Spanish ones.  They always look a lot better than they taste and can be rather limp on flavour I find, but they worked quite well in the recipe. 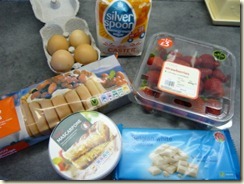 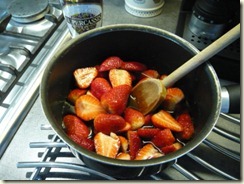 You make the cheese mixture in the usual way, then stir in the melted chocolate, fold in the egg whites and begin constructing the pudding.  You can make it in a gratin dish, a trifle bowl or a number of individual glasses. 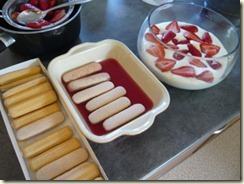 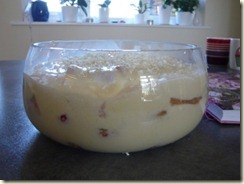 Getting your ducks in a row.

You dip the sponge fingers in the syrup and layer up the pudding according to the instructions.  the quantities worked out perfectly – there were only 4 sponge fingers left over using my size of bowl and a tiny dribble of syrup which I poured on top of the second layer of fruit. 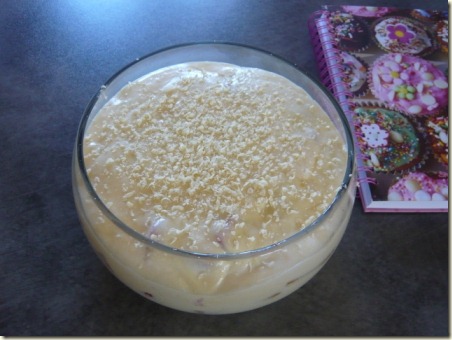 The recipe said to melt 150g of the 200g of white chocolate into the mixture and grate the remaining 50g on top of the finished pudding.  50g sounded like a lot of grated chocolate to me so I just reserved a couple of squares to grate on the top and put the rest into the mixture. 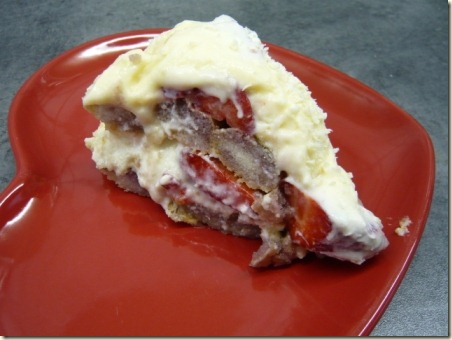 I used crème de cassis but next time I think I might try it using crème de framboise and raspberries.  I also used my big trifle bowl to make a large dessert but I bet it would look lovely served in pretty glasses.

It was absolutely delicious and as with all the tiramisus I have ever made, it was even better the next day.

Begin by making the strawberry syrup.  Put 100g of the sugar in a saucepan with 150ml water, bring to the boil slowly and simmer for 2 minutes.  Remove from the heat.

Leave to cool for 5 minutes then add the cassis or framboise and strawberries.  Put on one side to cool completely.

Melt all but 2-3 squares of the white chocolate, either in a bowl over a pan of simmering water, or in the microwave in 30-second blasts.  Allow to cool slightly.

Separate the eggs.  Whisk the egg yolks with the other 100g of sugar until thick and pale, using an electric whisk.  Beat in the mascarpone until smooth then stir in the melted chocolate.

In another bowl, whisk the egg whites to the stiff peaks stage and then fold into the egg mixture.

Strain the cooled strawberries over a flat dish suitable for dipping the biscuits into.  Then assemble all your bowls of components in a row to build up the dish as follows: biscuits on the left, next to that the dish of syrup, then your serving bowl or glasses.  Have the strained strawberries and the egg mixture to hand.

Dip the biscuits one by one into the syrup and use them to line the base of the bowl or dishes until about half have been used up.

Place half the egg mixture on top then half the strawberries.

Grate the last few squares of white chocolate and sprinkle over the top.  Chill for at least 6 hours before serving.  Chilling overnight is recommended.