I decided to make a cake for my mother-in-law’s birthday.  It was going to be a hummingbird cake but then I remembered this stunning cake. 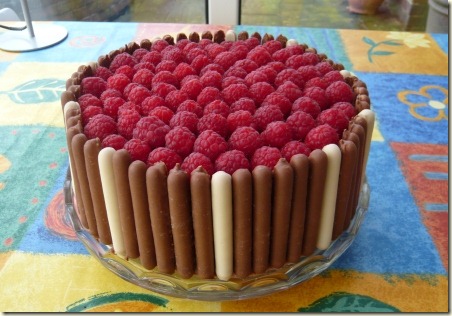 It’s from Lorraine Pascal’s TV series and book called “Baking Made Easy” and she made it with chocolate cigarillos around the outside.  I looked for these in the supermarkets and couldn’t find them.  When I looked them up on the internet they seemed very expensive so I decided I would probably never make this cake.  Then I read the bit about using Cadbury’s chocolate fingers instead of cigarillos – a much more affordable alternative.

Lorraine calls the cake “I Can’t Believe You Made That Cake”, saying it gets such a reaction from other people.  I’m going to call it CHOCOLATE FINGER CAKE. 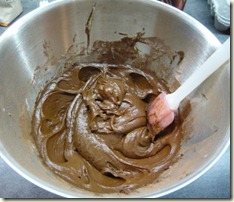 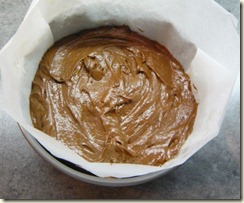 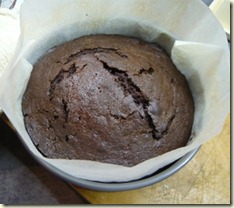 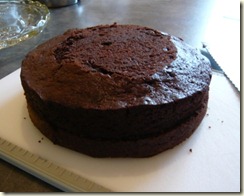 You make the cake in the usual way, then cut it in half, slice the rounded top off, turn it upside down so the top is perfectly flat.  Then sandwich the two halves together with a layer of buttercream, spread the rest of the buttercream over the top and sides.  Then fix the chocolate fingers (or cigarillos) to the side of the cake, simply by pushing them into the buttercream.  (It was Nick’s idea to use a mixture of milk and white chocolate fingers.)  Pile or arrange raspberries, strawberries or figs into the top of the cake. 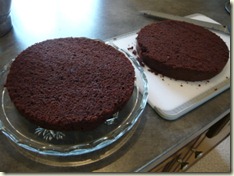 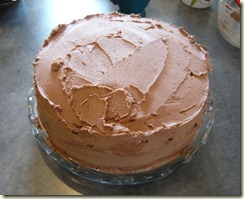 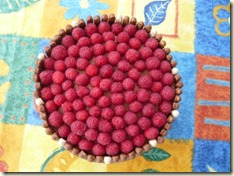 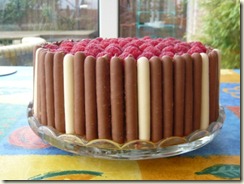 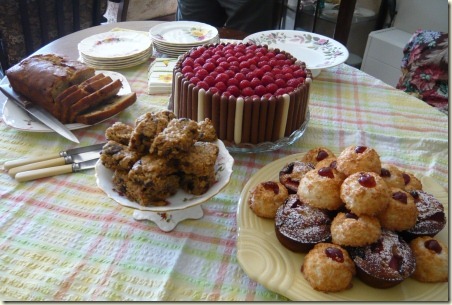 It made a very nice 87th birthday tea for my mother-in-law, Sheila.   Also on the table is a delicious honey, date and banana loaf and some flapjacks made by my sister-in-law, Kathy.  Also a batch of my coconut macaroons, with glacé cherries this time and some almond and strawberry friands.  More about those later.

2 punnets of raspberries or strawberries

Grease and line a 20  cm cake tin with baking paper and brush or spray with oil.

In an electric mixer, cream together the butter and sugar until creamy.

Add the eggs and flour in two halves, beating well, until the mixture is light and fluffy.

Spoon the mixture into the prepared tin and level the top.

Whilst the cake is baking, start the buttercream.  Melt the chocolate, either in a microwave, in a bowl over a pan of simmering water, or in a small saucepan (if you are very careful).  Allow to cool.

Whilst the chocolate is cooling, beat the butter and icing sugar together until light and fluffy.  Then mix in the melted chocolate.

To finish the cake, remove the sponge from the tin and split into two.  Slice off the top then turn the cake upside down so the top is the flattest surface.  Sandwich the two halves together with a layer of butter cream.

Spread half of the remaining buttercream on the top and sides of the cake then refrigerate for an hour.  Spread the rest of the buttercream over the first layer.  It doesn’t have to be too smooth and even because it will be hidden by the chocolate fingers and the fruit.

Fix chocolate fingers to the sides of the cake just by pushing them gently into the buttercream so that they sit at the bottom of the cake and stand up above the top, a bit like a garden fence, to make a well for the fruit.

Either tumble fruit into the well or arrange them prettily, as you like.  Raspberries and strawberries look great.  Sliced peaches would also work - or anything that goes with chocolate.

If you can bring yourself to destroy the beauty of the cake, cut it into 10-12 slices !!