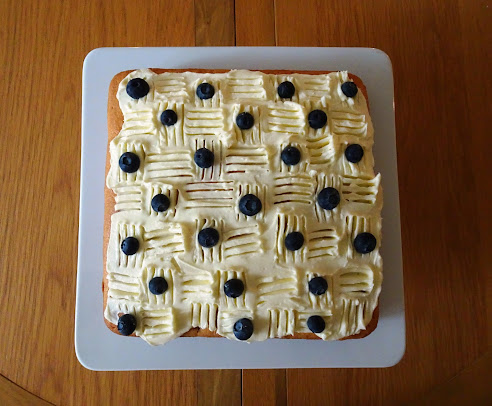 Internet shopping for groceries is a trial.  Some websites are easier to navigate than others but we usually get some surprises!  A recent one was an extra punnet of blueberries that we weren't expecting. 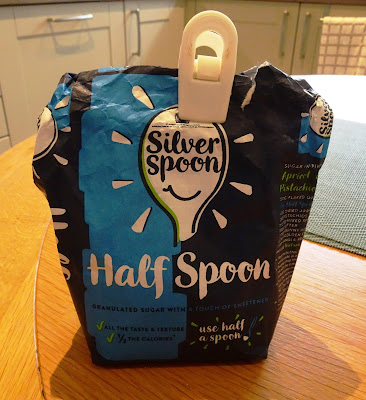 As well as the erroneous ordering there is also the phenomenon of strange substitutions.  Early in the lockdown last year I ordered a bag of caster sugar and was given this stuff instead.  It's granulated sugar with some sweetener added.  I was unsure about baking with it as most recipes specify caster sugar because dissolves more easily in baking, but have been using it to sweeten fruit in pies and crumbles.
When I was looking for a cake recipe using blueberries I turned up this one on the Baking Mad website and was intrigued that it used Half Spoon as the sugar ingredient.  I decided to give it a go, if only to use up some of the sugar! 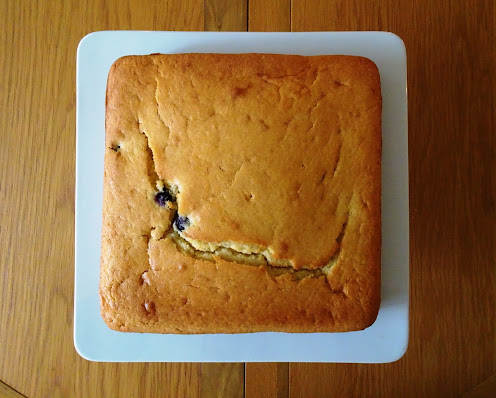 It was dead easy to make, nothing complicated, and although I used my recently acquired Kenwood KMix, a bowl, a wooden spoon and a bit of elbow grease would be just as good.  It was quick to bake too. 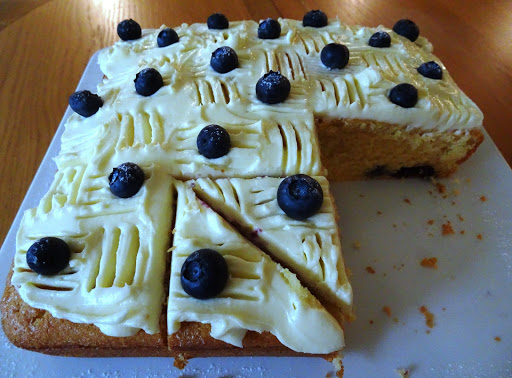 The cake was lovely (although I was slightly miffed that most of the blueberries sank to the bottom).  I marked out the cream cheese topping in a pattern that would make the cutting of regular slices easy whether in oblongs, squares or triangles.  I was very pleased with it. 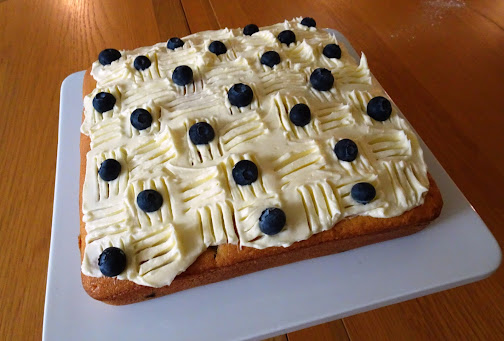 I did however make a mistake in placing the blueberries for decoration. 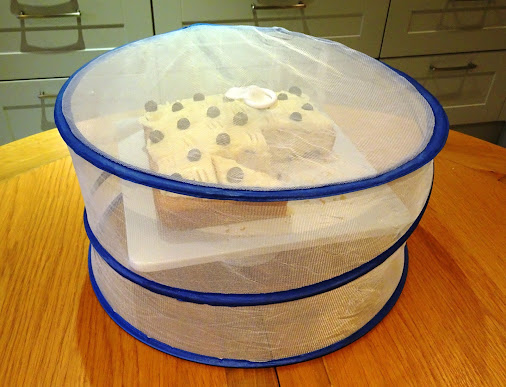 Something else I was very pleased with is this food cover.  I had seen one in use at cake club and eventually spotted them for sale on Amazon (the dreaded).  It comes in a set of three different sizes and will cover anything more effectively than the square tent shaped ones I normally use, which are often plenty wide enough but not tall enough to cover a cake on a cake stand.  This one easily fitted over the cake on its stand, keeping it safe from the attention of insects and pets.  Highly recommended.
Ingredients

zest and juice of 1 lemon

a splash of milk if needed

A handful of blueberries

Put all the cake ingredients except for the blueberries into a large bowl and beat well until combined. Beat in a splash (about a tablespoon) of milk if the mixture seems quite stiff (mine was but I now wonder if adding the milk is why the blueberries sank.  I might omit it and go with a stiffer mixture next time).   Fold in the blueberries until evenly distributed.

Spoon the mixture into the tin and level the top.  Tap the tin on the worktop a few times to settle the mixture and dispel any air bubbles.

Bake for 25-35 minutes until done.  Cool in the tin for a few minutes then turn out onto a wire rack.

To make the topping, beat the cream cheese and butter together until smooth.  Sift in the icing sugar and beat in.  When the cake is completely cool, spread the topping over and swirl it or use a fork to create a pattern.  Distribute the extra blueberries over the top.  Dust with icing sugar before serving.

*If you want to make the recipe with caster sugar instead of Half Spoon, follow the advice in the link.  Essentially it implies that you would use twice as much sugar and less baking powder.  I haven't tried it! 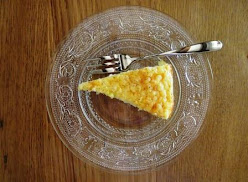