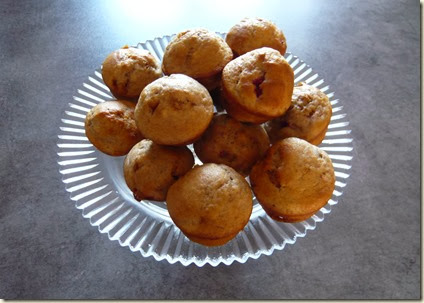 I made these to take with us when we visited Nick’s mum this afternoon.  She hasn’t got much of an appetite and these little mini cakes can often tempt someone to eat when they would be over faced by a normal sized muffin. 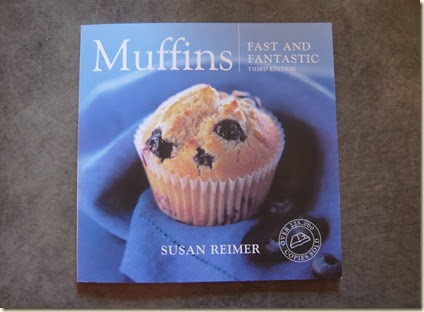 I wanted to use up some buttermilk left over from another day and I adapted the recipe for basic muffins in this excellent little book by Susan Reimer.  I also used a handful of raspberries and some wrapped pieces of fudge received at Christmas.

This was actually my second attempt at using up the fudge and some raspberries.  We like to have a few raspberries on our cereals or porridge but at this time of year they hardly keep at all and within a couple of days they have often gone mouldy, so I am always thinking of ways to use them up quickly. 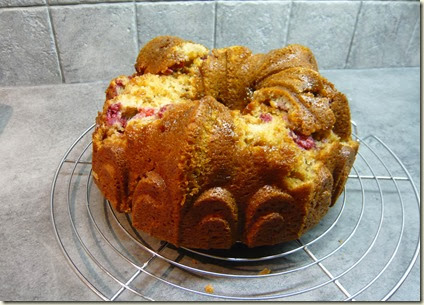 My first attempt was to bake a cake using my new Bundt tin.  Disaster struck when I tried to turn it out.  I couldn’t decide whether the problem was that I had tried to do it when the cake was too warm, or whether I didn’t grease the tin enough, or whether it was the fudge that was the culprit.

Although the cake looked a mess it tasted delicious. I didn’t risk making the Bundt cake again but really wanted to do something with the fudge and raspberry combination because it was lovely. 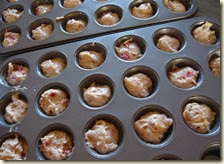 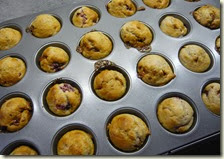 On removing the little muffins from their tins, some of them were well stuck where the fudge had melted, gluing them very efficiently to the non-stick coating, even though I had buttered the tins thoroughly.  So that confirmed my suspicions, the fudge was the culprit. 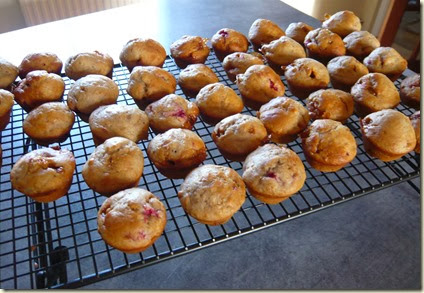 They were delicious.  Mini muffins are little marvels.  They take no time at all to make ~ this time I used my mini chopper to chop the fudge into tiny pieces, which took a lot less time than chopping them by hand.

They also look cute and irresistible and are a perfect single mouthful.  Once you have eaten the first one it’s impossible not to eat at least one or two more! 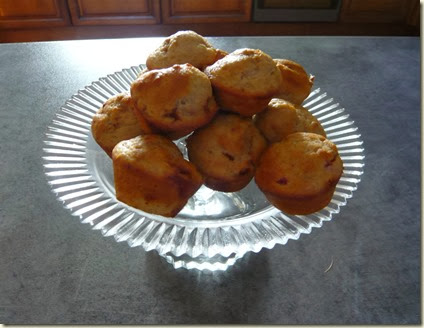 2 tblsp raspberry yoghurt (plain will do)

Sift all but a tablespoon of the flour, baking powder, bicarb, salt and cinnamon into a large bowl.  Put the tablespoon of flour into a cup or small dish, add the fudge pieces and toss to make sure they are all coated and not sticking together.

In another bowl, beat the egg then mix in the sugar, yoghurt, milk and oil.

Pour the wet mixture into the flour mixture and combine until there is no dry flour but do not over-mix.  Add the fudge pieces and raspberries and mix briefly.  The mixture should be a dropping consistency so add a little more milk if necessary.

Divide between the holes in the muffin tin ~ a mini ice cream scoop is ideal for this.

Bake for 10-15 minutes until risen and golden.  Transfer to a wire rack to cool.

*You could instead make 12 standard muffins, in which case bake for 5-10 minutes longer.