When I was looking for a recipe for coconut macaroons, I found one on the web by Jill Dupleix.  Then when I was browsing in the public library for cookbooks I came across this book by her and it had the macaroon recipe in it. 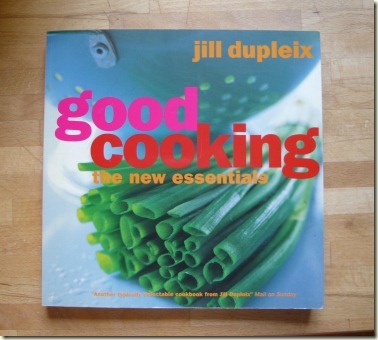 It is such a nice book that I bought a copy from Amazon.  In it there is a lovely recipe for Provençal Garlic Chicken – otherwise known as Chicken with 40 Cloves of Garlic.

There is also one for these things: 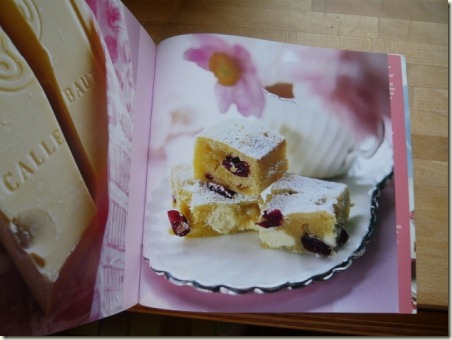 Cranberry blondies.  They are basically chocolate brownies but made with white chocolate instead of ordinary chocolate, and with cranberries added.  I made them at home and they were very indulgent and scrumptious.  Then I decided I couldn’t live without a copy of the book in France so I bid for another one on Ebay and won.

When we were there last month I made a batch of blondies in my French kitchen. 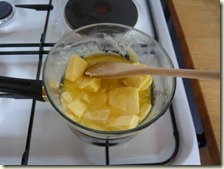 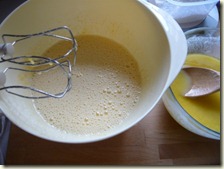 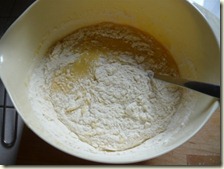 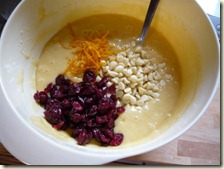 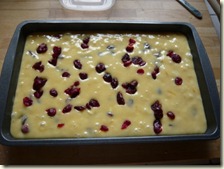 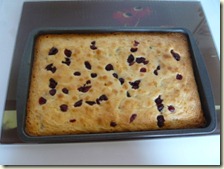 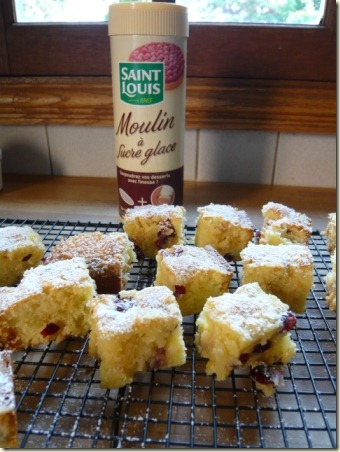 When baked, I cut them into quite small pieces as they are very rich and make nice sweet little “bites”.  Then I sprinkled them with icing sugar using a marvellous item found in a French supermarket.  It’s a tube of icing sugar with a rotating sieve at the top.  You tip it upside down over your cake, twist the disc at the top and have a beautifully controlled dusting of icing sugar.  Much easier than the icing sugar fog I usually end up with using a normal sieve and a spoon.  I haven’t seen anything like it in the UK so I brought it home with me. 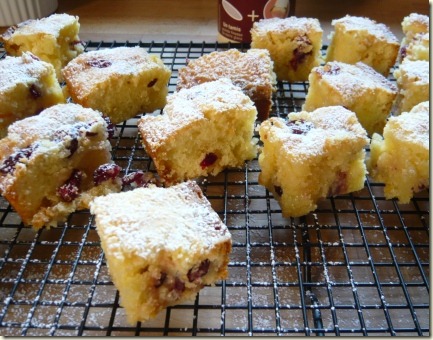 They turned out looking exactly like the picture in the book, always very satisfying.

Here’s the recipe for CRANBERRY BLONDIES

grated zest of one orange

Melt the butter and half of the chocolate in a bowl over a pan of simmering water.  Mix together until smooth.  Put on one side to cool a little.

Beat the eggs, sugar and vanilla together until pale using an electric mixer or whisk.  Beat in the melted chocolate.

Spread the mixture evenly into the prepared tin and level the top.  Sprinkle the remaining 25g of cranberries over the top.

Bake for 20 minutes until the top is firm but the inside is still soft.  Leave to cool in the tin.

When cool, cut into 24 small or 12 large squares and dust with icing sugar.