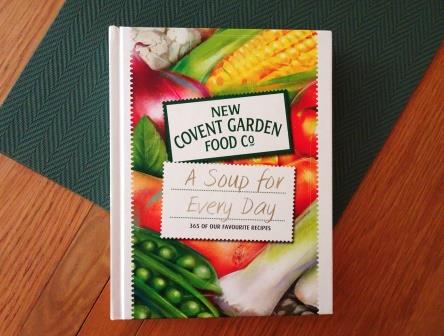 I stumbled across a copy of the Covent Garden soup recipe book in a charity shop the other day.  We like their soups, a favourite of ours being their smoked haddock chowder.

Almost any hot soup recipe can be adapted for the soup maker and as I hungrily devoured the pages of the book looking for ideas for I spotted the recipe for our favourite soup.  That's when I remembered the pack of smoked mackerel fillets in the fridge.  I had bought them while we were in France, intending to make some paté (which you can read about here) for my birthday bash (which you can read about here) but ran out of time.  (Who knew that putting up bunting could take so long?!)  We brought them back to the UK with us and by now they were heading for the wrong side of their use by date so I thought "why not?". 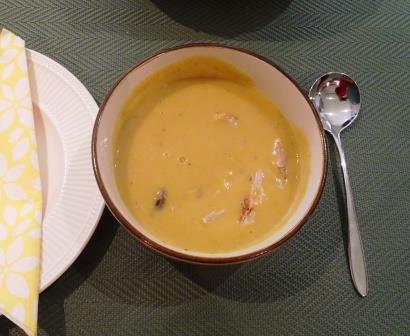 By jove it was tasty!  I considered using the chunky setting to get the real chowder effect but instead settled on smooth, reserving some of the flaked fish to add in once cooked.*  That turned out to be a mistake because of the annoying little bones, so next time I think I would put all the fish in the machine, cook on smooth and add a few bits of diced cooked potato at the end instead. 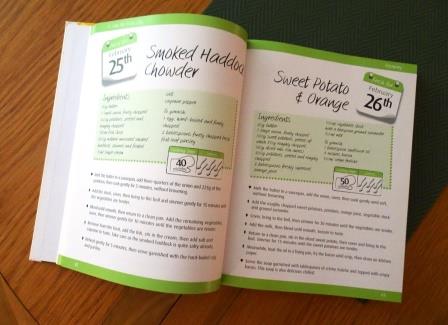 Anyway, if you're a fan of smoked fish you would love this soup!  I have to say that the flavour was quite intense.  It would probably have been flavourful enough with only one of the fillets, not both, which I will also try next time.  Apart from the fish stock pot I didn't add any extra seasoning as the fish itself was peppered and is quite salty.

Milk to thin the soup when cooked

Remove the skin from the fish, break into large flakes, reserving a few for later. *

Peel and roughly chop the veg, preparing enough to fill the machine to the lower line when added with the flakes of fish.  Add the stock pot, butter and enough water to fill to the upper line.  Process on smooth.

When cooked, thin with milk to get the thickness you prefer, stir in a few small flakes of the reserved fish and serve.