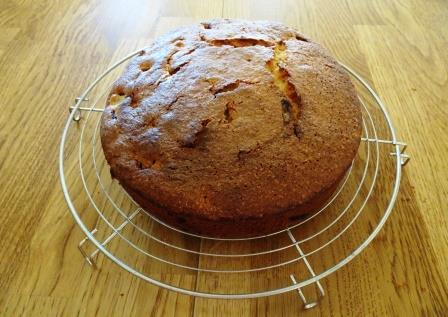 Until not very long ago the only fruits I used to put in a cake were raisins, currants and sultanas. 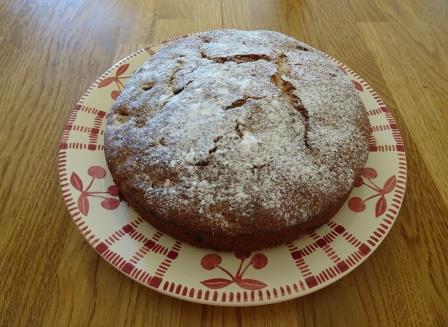 Certainly as a child a fruit cake meant just that, a cake with dried fruit in it, an occasional Sunday treat.  I can't imagine my mum contemplating putting anything else in a cake, not even apples.  Apples only went into pies or crumbles, as did rhubarb or blackberries. 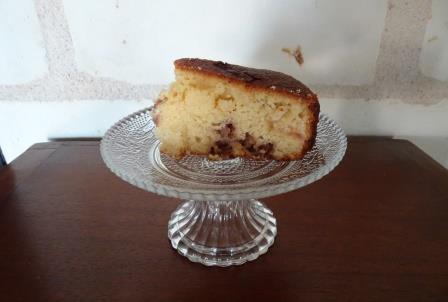 More recently I have made all kinds of cakes containing fresh fruit.  This turned out to be one of the best.  I spotted it in a blog somewhere and remember that it was adapted from a Nigel Slater recipe for a summer cake.  You can see that recipe here.  He used peaches and blueberries but I used what I had in stock; one apple, one pear and a few strawberries. 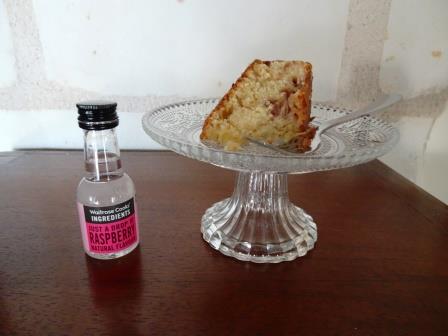 I also added a dash of something I got in Waitrose for extra fruitiness - raspberry flavouring.  It was a lovely cake, nice and fruity with a good crumb, not too moist or crumbly, just right in fact.
Ingredients
175g unsalted butter or spreadable butter
175g caster sugar (I used half golden and half white)
2 large eggs
175g self raising flour
100g ground almonds
1 tsp vanilla extract

½ tsp raspberry flavouring (optional)
300g fruit - I used apple, pear and strawberries but a mixture of stone fruit or berries would be fine.

Peel and core the apple and pear and chop into 1cm dice.  Put into a bowl and sprinkle with a little lemon juice to prevent them from discolouring.  Wash and cut the strawberries into similar sized chunks.

In a large bowl cream the butter and sugar using an electric whisk until light and fluffy.  Add the eggs one at a time and beat in.  Beat in the vanilla and flavouring.

Sift in the flour and fold in, followed by the ground almonds.  Put the chopped fruit into a sieve and drain off the lemon juice then add to the mixture and stir in.

Transfer to the tin and level the top.  Bake for about an hour until done.  Cool in the tin for 10 minutes then turn out and transfer to a wire rack to cool completely.

Thanks to the New Blogger system for writing a post I no longer seem to be able to update the "pages" section in the blog.  Which is more than just a nuisance, having spent hours compiling it not very long ago.  It's really, really annoying and I am close to giving up.