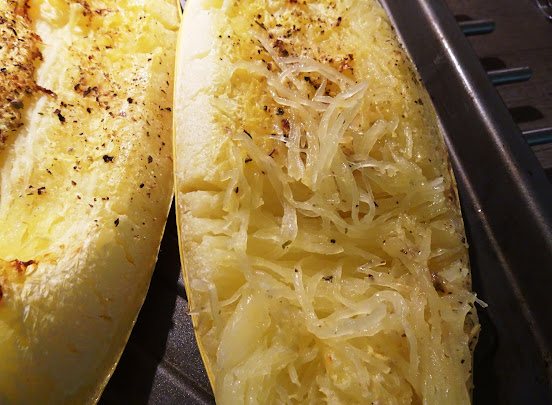 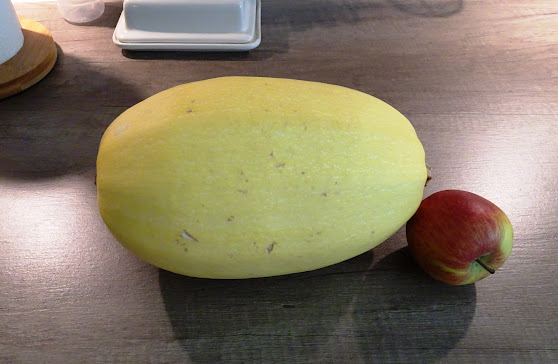 Last month a friend in France gave us a spaghetti squash from her new garden where they have grown really well.  I had never seen one before.

The theory is that the cooked squash can be used as an alternative to pasta in numerous dishes.  Like all squashes it doesn't have a great deal of flavour in its own right.  It's a vegetable that carries the flavours that you cook it in, much like pasta in fact.
I remember how my mum used to make stuffed marrow every autumn, using the marrows that my dad grew in the garden.  The marrow was almost tasteless but the dish was something we looked forward to every year.  You can read about that here.
When the squash is cooked the flesh shreds easily into strands, hence the name spaghetti squash. 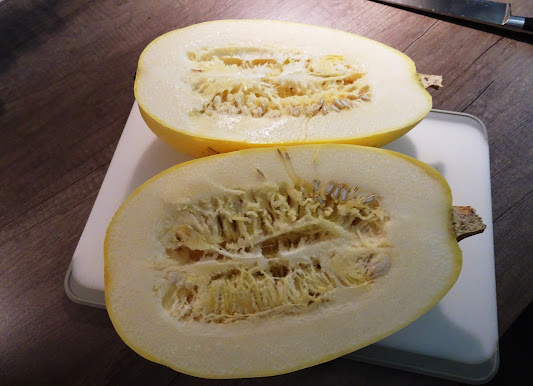 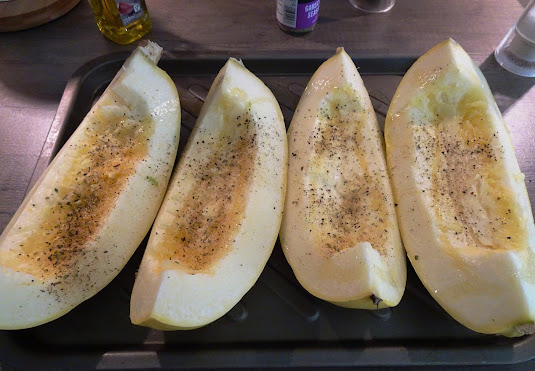 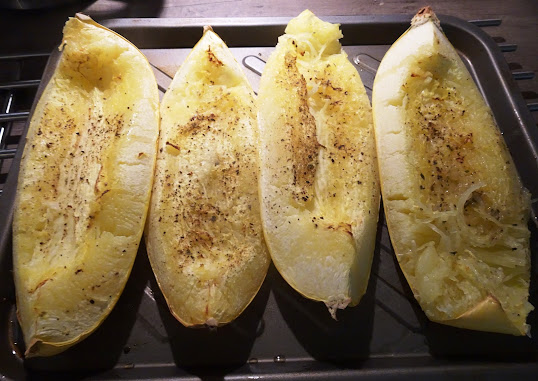 My friend had sent me a link to a recipe on how to cook it and another one for barbecued spaghetti squash caught my eye.  It involved roasting it in the oven for a while then finishing it off on the barbecue.  The weather was perfect for barbecuing.
I cut it in half lengthways and scooped out the middle containing the seeds, which was easy to do.  I then cut it into quarters and placed it on a baking sheet.  I then drizzled it generously with garlic flavoured olive oil, seasoned well with salt and pepper and baked in the oven at 180°fan for twenty minutes.  It was almost done and the strands were beginning to form. 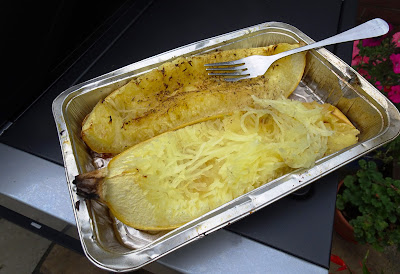 I then handed it over to Nick who was in charge of the bbq.  He placed two of the quarters on a foil tray and finished the cooking on the grill. 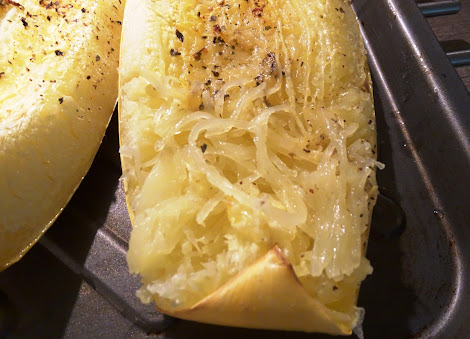 Once the squash was tender I lifted out the strands of flesh by drawing a fork through it lengthwise.  You can then do all kinds of imaginative things with it by adding other veg, meats and sauces but just because I had no idea what to expect I served it plain as a vegetable side dish to our bbq. 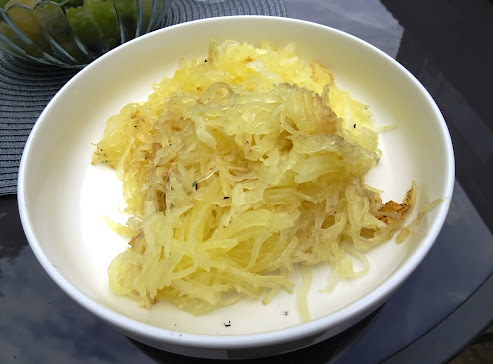 It was pleasant to eat, as are most things cooked with olive oil and garlic!  I would definitely do this again.
There were only two of us at the bbq so half of the cooked squash was left.  I turned that into a really good soup along with the other leftovers from the bbq; some ratatouille and bbq'd potatoes.  That was truly delicious and worthy of a post by itself.