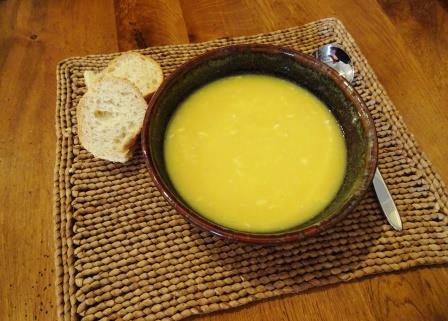 We are now in our last few days of our three month stay in France.
We have had a wonderful time.  It's been hard work getting the house and garden back in order after such a long time away - ten months.  The weather has also been very mixed, in fact rather more English than French at times, cool and showery. 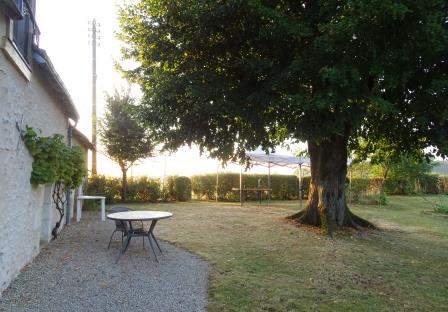 A mists and mellow fruitfulness kind of morning on the day of my birthday party.
You can read about it here.
However, come September we had a return to warmer weather and the month turned into the very reason why it is my favourite time to be in France in the whole year.  Warm days, misty mornings and cool nights, just perfect. 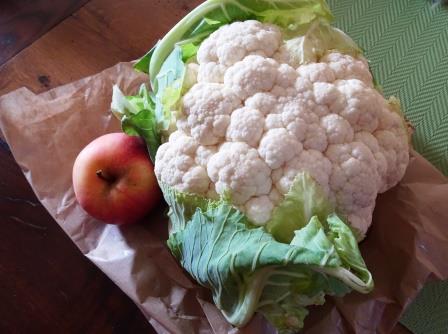 As always, eating out was often unplanned.  That last minute invitation to lunch with friends or the temptation of the menu du jour on a shopping trip.  The result of which is a fridge full of uneaten food and need to be inventive when using it up instead of throwing it away.
Enter stage left the £4 cauliflower*.  I kid you not!  Fruit and veg seem to be so much more expensive in France than in the UK now and sometimes I balk at the prices but when you're sick of carrots, who can resist a big, fresh cauli?  Hence it would have been criminal to throw any of it away and with half of it looking slightly less fresh in the fridge - time to bring out the soup maker! 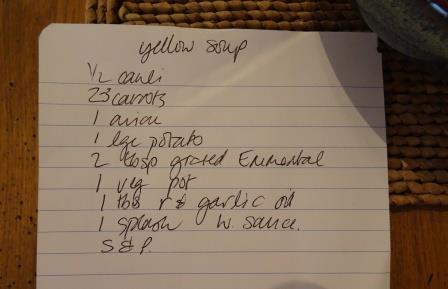 I have got into the habit of writing down the ingredients I used each time I make soup so that I can make it exactly the same again if it turns out really well.  Which this one did - and it was bright yellow! 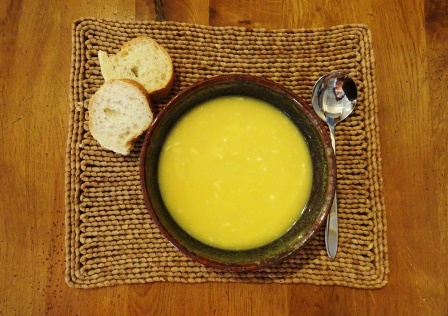 The Emmental cheese was ready grated and from one of those ubiquitous and much maligned bags found in every French supermarket.  We love it and like horses for courses it's perfect for certain things, one of them being this soup.  I stirred it in at the end of cooking and as it didn't melt completely there were flecks of the cheese in the soup - an added bonus, IMHO.
* By the way, one week later we bought another cauliflower of a similar size from the same supermarket for 1.89€ !!  (About £1.60, much more sensible!)
Ingredients
half a cauliflower
2 - 3 medium carrots
1 onion
1 large potato
1 vegetable stock pot
1 tblsp olive oil flavoured with rosemary
1 splash of Worcestershire sauce
salt and pepper to taste
2 heaped tablespoons grated Emmental cheese
Method
Prepare all the veg by washing / cleaning, peeling as appropriate and cutting into chunks.  Prepare enough to fill the machine to the lower line.
Add water to the upper line, then the oil and seasoning and cook on smooth.
Stir in the cheese as soon as the soup is cooked.
Makes four generous portions.