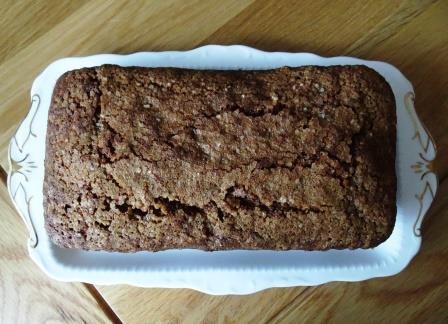 It was the usual story, a small bunch of bananas gradually going past their best in the fruit bowl and whispering "banana cake" every time I walked by! 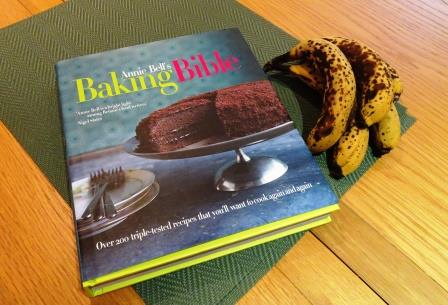 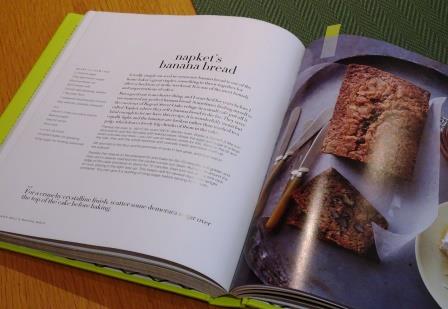 Browsing through my collection of cook books, I remembered a recipe that I fancied but had put on the back burner some time ago, years ago in fact.  I'm not a huge fan of loaf shaped cakes, preferring to make a round cake (or even square) for totally illogical reasons, but this one looked so rustic that a loaf seemed the right way to go.
I have made many a banana cake in the past, most requiring bananas that are mashed to a pulp, some where the bananas are left a bit more lumpy and one almost a purée before adding to the mixture.  All have been good.  This one was slightly different, saying that the bananas should be added whole and then mashed into the mixture to leave them a bit more lumpy. 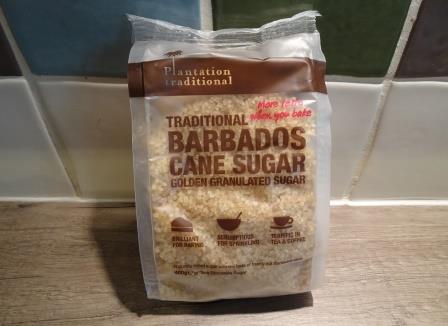 The recipe also suggested sprinkling demerara sugar on top before baking to add a bit of crunch.  I decided to use this sugar which I had stumbled upon in our fairly new branch of "Home Bargains" and is described as "golden granulated sugar".  It has the texture of very coarse demerara and I sprinkled a fair bit over the top.  It worked really well, providing a very crunchy topping and adding a bit of extra sweetness to the cake. 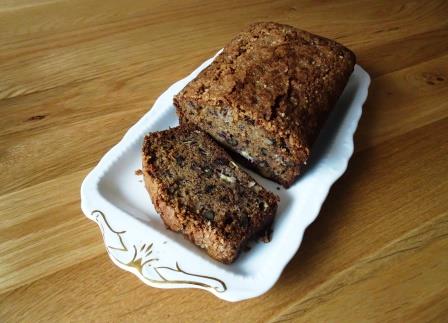 I have to confess that I don't know why cakes like this are called banana "bread".  Are they meant to be served toasted or buttered rather than au nature?  In any case, this one was not overly sweet and benefited from the sugary topping.  It was also very rustic in appearance and flavour - not a bad thing at all.  From the colour you would almost think it had been made using wholemeal flour, not white.  It kept really well and if anything was better and even more moist a couple of days after baking.  I might be tempted to add a little cinnamon or ginger to the mixture next time but all in all it's probably my favourite banana cake so far.

In a large bowl, whisk the sugar and eggs until pale and thick.  Whisk in the oil and milk.

Add the peeled bananas and mash roughly with a potato masher or fork so that there are still some lumpy bits.

Add the bicarb to the flour and sift into the mixture in two halves, folding in each half.  Then fold in the walnuts.

Pour the mixture into the prepared tin and sprinkle the demerara sugar on top.  Bake for 60-70 minutes until done.

Cool in the tin for 10 minutes then transfer to a wire rack to finish cooling.