APPLE CAKE IN A NUTSHELL

Last week we had our usual charity cake stall at work for BBC Children in Need. 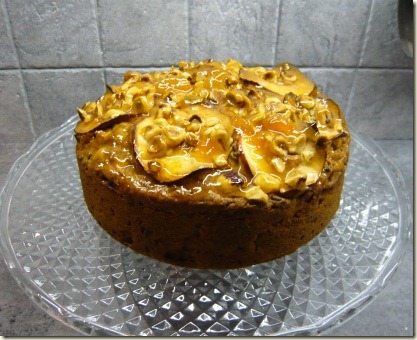 There is always a huge amount of cake for sale and every year I like to make something I haven’t done before.  This time I chose a cake called “apple cake in a nutshell” from “Good Food 101 Cakes and Bakes”, an excellent little  book full of lovely recipes.  Every one I have tried so far works. 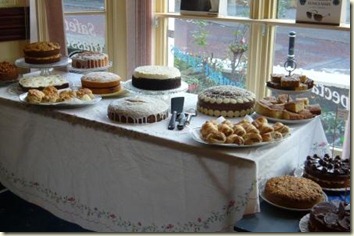 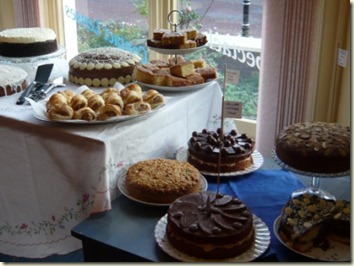 The most popular cake by far at our cake stall is always a chocolate Guinness cake made to Nigella Lawson’s famous recipe.  Year after year we are asked to make sure one is on offer and it usually sells out pretty quickly.

We also discovered years ago that the cakes that sell the best are the large ones with lots of decoration or icing on them.  Perhaps people like having a slice cut from a large and gorgeous cake just for them.    Individual cakes, buns and traybakes are not as popular ~ but the scones and sausage rolls sell very well.  They also prefer the cakes with no surprises in the ingredients ~ perish the thought that there should be anything healthy in them !! 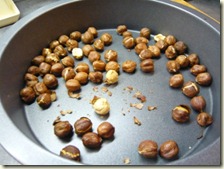 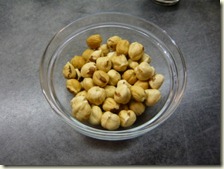 For this apple, date and nut cake I used a bag of whole hazelnuts I already had in the cupboard, shelling and blanching them myself.  It was fiddly to do and fairly time consuming.  After shelling, you put the nuts in a moderate oven for 10-15 minutes and the theory is that the skins then rub off fairly easily.  It was not that easy and there were quite a few bits of skin still left on mine but I ran out of patience and thought that would probably be ok for the cake.  They tasted divine after being in the oven ~ a few less went into the cake than I started out with! 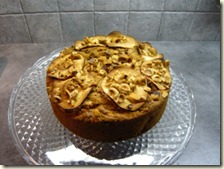 You place apple rings and chopped hazelnuts on top of the cake before baking and I was thrilled with how it looked when it came out of the oven.  But it did take quite a few minutes longer than stated in the recipe before it seemed to be cooked. 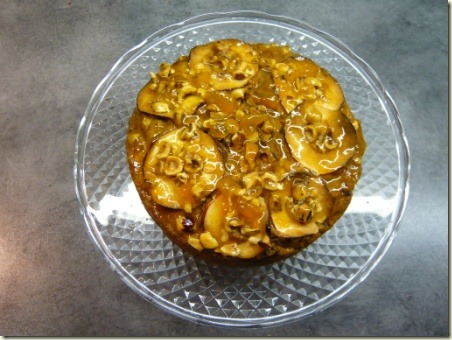 It looked even better with its apricot glaze on top.  In fact it looked a million dollars and sat very well alongside all the gooey chocolate cakes and, of course, the chocolate Guinness cake.  I was dying to see what it was like when it was cut ~ and to taste a slice for myself ~ for which I would pay my £1 just like anyone else as the whole idea is to raise money for the charity.

Unfortunately I didn’t get the chance.  At 9.30 in the morning someone handed over £20 for the collection and took the whole cake !!  However, they did phone back the next day to say it was delicious and could they have the recipe, please !!  So I will just have to make another one some day. 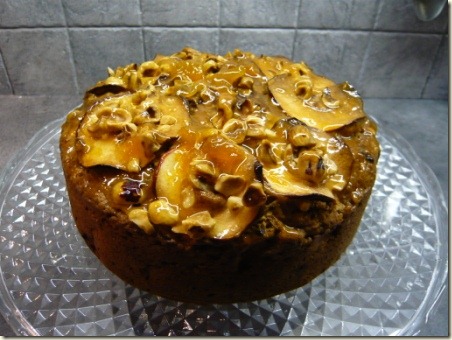 So far we have made over £700 for Children in Need.  Not bad for just five ladies baking and a few husbands and other helpers chipping in.  We had made a list of all the cakes that were on sale and there were 35 different choices, including the sausage rolls and other savouries.  We are going to highlight and colour code the best and second-best sellers so we know what to make again next year.

APPLE CAKE IN A NUTSHELL

Melt the butter and leave to cool.

Combine the flour, cinnamon and sugar in a large bowl.

In a separate bowl, beat the eggs into the melted butter.

Stir the apple chunks, dates and HALF the hazelnuts into the flour mixture and mix well. Add the egg and butter mixture and stir in gently. (I added about 1tblsp milk here as the mixture seemed very stiff.)

Spoon the mixture into the tin and level the top.

Arrange the apple slices on top and sprinkle over the other half of the hazelnuts.

Bake for 50-60 minutes until browned and a cake tester/skewer comes out clean. (I had to give the cake an extra 10 minutes for it to be cooked.)

Cool in the tin for 5 minutes then turn out onto a cooling rack.

Heat the apricot jam gently in a small saucepan until runny. Brush over the cake whilst it is still warm. Leave to cool completely.