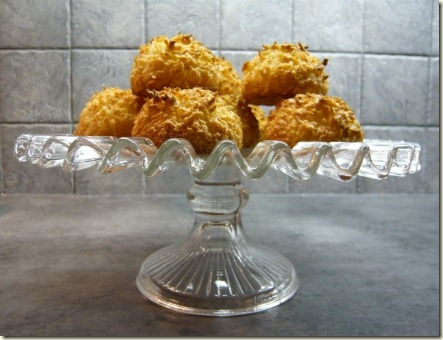 After reading Elizabeth’s post here, I was dying to have a go at making these little beauties myself.

It’s years since I ate any, possibly decades. I remember how scrumptious they were and I do remember making them. Not at home with my mother but probably in DOMESTIC SCIENCE at school. Does anyone else remember domestic science? I remember my very first lesson, after which we had to write an essay entitled “how to look after your dishcloth”. I have never forgotten how to look after my dishcloth, or any of the other basic principles of kitchen hygiene.

My domestic science teacher was called Mrs Stafford. She seemed very old then, although she was probably much younger than I am now. She maintained control of her class by making one pupil a teacher’s pet and the life of another a total misery. The theory being, I presume, that if the girls didn’t behave, their lives could be made a misery as well. I was the unlucky one and she criticised everything I did, making me so nervous that I couldn’t do anything right and my cakes always turned out overdone or sad and soggy. She declared me a complete disaster in the kitchen, in front of all the others, on more than one occasion and told me I would never make a good cook.

I gave up domestic science as soon as I possibly could when choosing subjects for O’level. I decided to take CSE needlework instead. To my absolute horror, the teaching staff had a shuffle round over the summer holidays and I ended up in Mrs Stafford’s class again. Only this time round I was teacher’s pet, thank goodness.

The upshot of all this is that it is probably 45 years since I last made coconut macaroons. 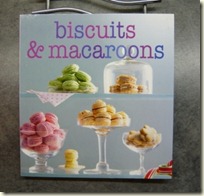 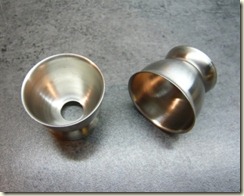 Before I could start, I needed a recipe and some specialist equipment. My recipe book for macaroons had lots of different versions but none looked very similar to Elizabeth’s. So I Googled it and came up with three recipes that appealed to me. I then paid a visit to town to track down some stainless steel eggcups - with the all-important hole in the bottom. I drew a blank there so it was Ebay to the rescue !! 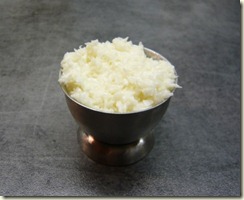 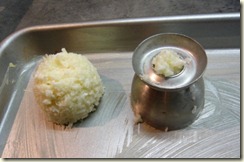 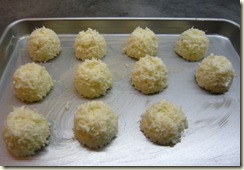 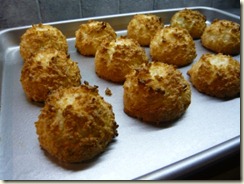 Once they were baked, I thought the little dent in the top of each one would have been an ideal spot to place a glacé cherry. Next time, perhaps. 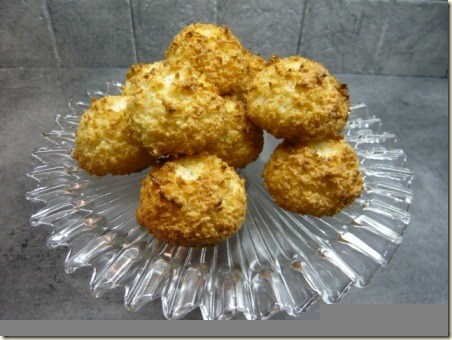 I used a recipe I found on the BBC Food website and modified the method slightly. I adjusted it to fit in with what seemed right to me, crossed my fingers and put them in the oven – always a nervous moment but they turned out lovely. Here’s my version of COCONUT MACAROONS

Grease a baking sheet and line it with baking parchment.

Whisk in the sugar then the coconut until it is all combined into a sticky mixture.

Either form the mixture into little mounds with your hands or press it into an upturned eggcup and then push it out, using the hole in the eggcup, to get a neater result.

Lift off the paper whilst still warm and cool completely on a wire rack.