Having joined my local Clandestine Cake Club branch in Derbyshire last year, it occurred to me one day that it might be fun to create a club in France.  A lot of the people we have made friends with in our little corner of France are enthusiastic bakers so I asked a few of them if they would be interested.  Enough said “yes” so I decided to give it a go. 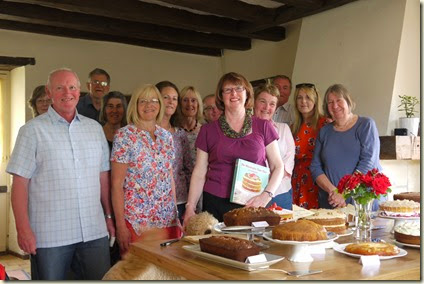 Yesterday we had our very first meeting and I am thrilled to say that it was a huge success.

Considering our actual membership is very small, we had sixteen people turn up and thirteen cakes – a baker’s dozen !! 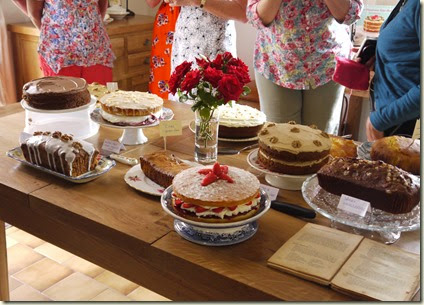 The theme was “favourite cakes”.  In other words, the cake that each person liked best to eat or to bake.  Everyone embraced the spirit of the theme and a truly magnificent collection of cakes appeared on our table. 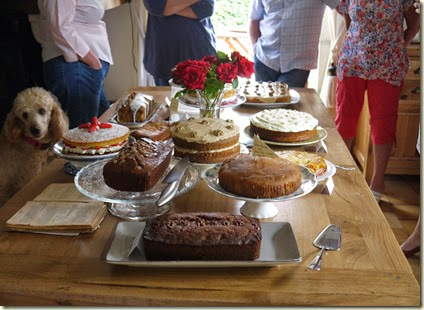 There were lots of lovely old fashioned cakes such as ginger, date and walnut, coffee and walnut, banana and walnut, chocolate sponge and strawberry sponge.  There were several gluten free cakes, delicious adaptations of favourite old recipes, plus a variation of carrot cake and an upside down cake.

The number of cakes containing walnuts could be down to it being the nut that people are most fond of, or that we are in walnut country.  They fall off the trees in autumn and you simply help yourself to delicious fresh walnuts. 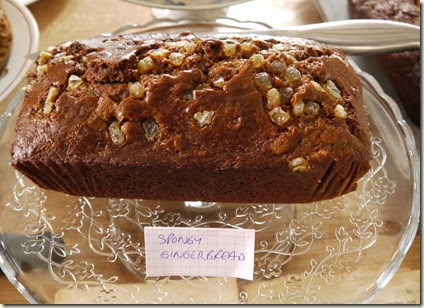 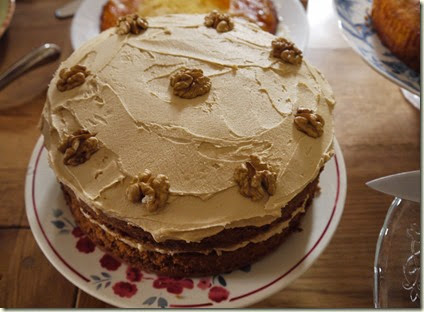 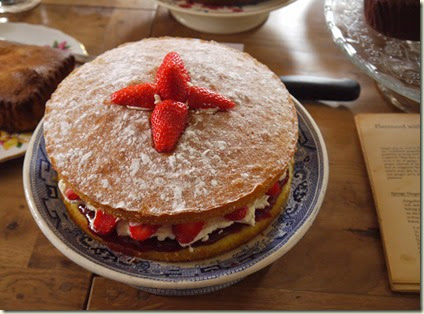 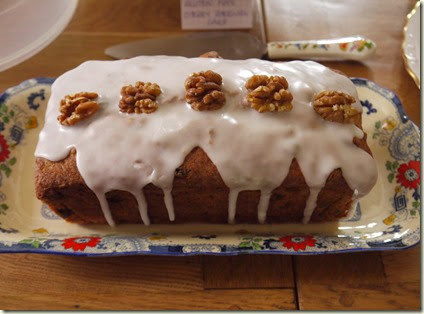 Out of the thirteen cakes, four of them were made by men -  and for two of them it was their very first time – this was the first cake they had ever made.  Now that’s what I call real and brave enthusiasm !!

Several people had made a cake for the first time in their French oven – people who had come to France for the holidays and wouldn’t normally bake a cake on holiday.

I have to admit that on the afternoon before I had a little chuckle to myself when I thought of all those cakes being baked in the Loire at the same time – all those anxious faces peering into ovens they are not used to baking with, hoping it would turn out alright !! 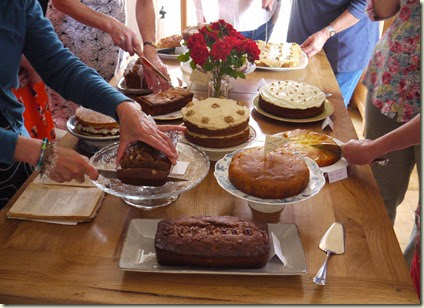 Of course the proof of the cake is in the eating so with formalities quickly out of the way we got down to the main business of the day – eating the cakes!  All washed down with proper English tea and later – naturally – a glass or two of Vouvray.  Conversation was without doubt rather different to meetings at home.  There the talk is of work, children, grandchildren, traffic jams and supermarket prices.  Here it was of brocantes, old cars, holidays, local wildlife, and renovation of ancient houses.

It was a lovely way to spend an afternoon and I hope that that everyone is looking forward to the next meeting!

more of the same CCC