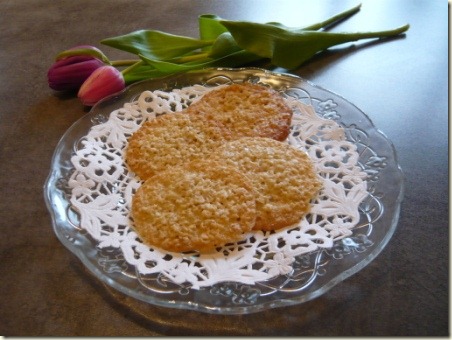 This is my entry for Bellau Kitchen’s March Random Recipe Challenge.  This month the idea was to choose a recipe at random from the 17th book from the left on the bookshelf.  I wasn’t sure if this was to be the top shelf or bottom shelf.  Or even, in my case, the middle shelf.  Anyway I decided to go for the top shelf which is where the least used cookbooks end up.  That was bound to turn up something challenging. 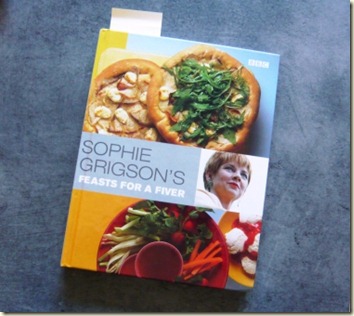 I bought this book some time ago for 50p from a charity shop.  It was in less than tasty condition; some of the pages were a bit wrinkly due to it having been in a box of unloved books outside the shop and the dust jacket was a bit grubby.  When I got it home I took the dust jacket off and binned it which made it seem more hygienic, although bits of it still remain stuck to the back cover.   After a brief flip through the book I was not too inspired which is why it ended up on the top shelf. 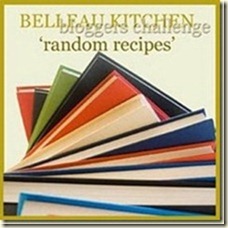 Anyway, I flipped the pages again and the one that turned up had three recipes on it, so I picked the one for “lace biscuits”, something I had never heard of before.  The recipe was tucked away in the bottom corner of the page, as if it was an afterthought and there was no picture so I had no idea what they should look like. 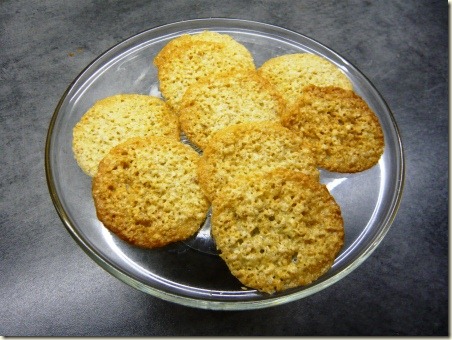 Sophie Grigson says it’s amazing that something made of oats can become so fancy.  Well, I’m not sure mine quite achieved that but although some may have been rather misshapen, they were delicious.  Thin and crispy, nice and crunchy with a buttery taste and very moreish.

They were unbelievably easy to make.  You simply mix the dry ingredients together, pour on the hot melted butter, add the egg and mix.  Literally moments later, when you have something that looks like buttery porridge, you drop teaspoonfuls onto a baking sheet and bake.  How easy is that??!! 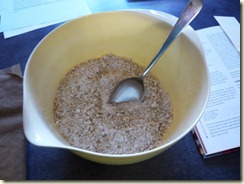 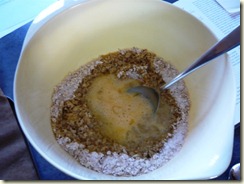 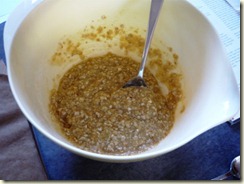 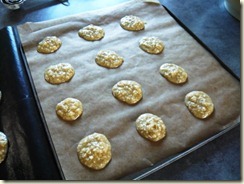 The tricky bit was getting the dollops even in size and spaced far enough apart.  They spread much more than I expected as they baked.  Luckily I have three oven shelves and three baking sheets but still had to do a second batch.  But the ones that came out joined to each other were easily separated and still looked inviting once they had cooled. 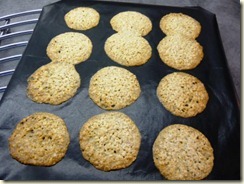 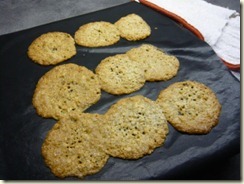 Some of my dollops were better spaced than others!

They would be great to nibble with coffee or to dip into ice-cream or some other soft and gooey pudding.  My mixture made a huge batch of around 40 biscuits – they were not tiny either – and the ones left after we had pigged out first time around kept well in an airtight box.  Definitely a recipe to do again and again. 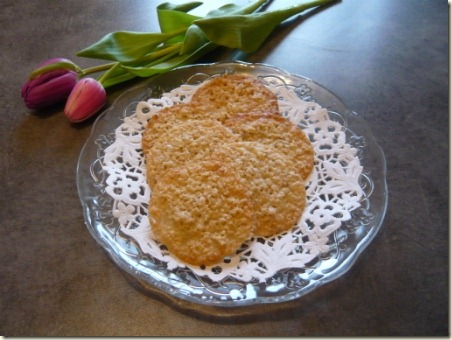 Which just goes to prove that all recipe books will have at least one recipe worth doing before you throw it out or take it back to the charity shop.  So thanks again to Dom for his Random Recipe Challenge, and for once more getting me to bake a recipe that I otherwise would never have given a second look.

You can actually still buy the book via Amazon at a bargain price. 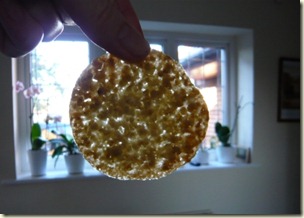 I think this might be why they’re called “lace biscuits” !!

There is also a gluten free version of the cookies using coconut and cornflour, which I came across on the internet when I was trying to find out what lace biscuits are supposed to look like - you can see this version here.  When the biscuit tin is empty and I have a few spare minutes I will make those next, just to see how they compare.

Sift the flour into a medium sized bowl.  Add the oats, sugar and salt and mix together.

Melt the butter in a small pan and pour it over the oats mixture while it is still hot.  Stir to mix evenly.

Make a well in the centre and drop in the egg and vanilla.  Mix the ingredients together thoroughly.

Plop teaspoonfuls of the mixture onto the baking sheets, remembering that they will spread quite a bit so space them well apart, at least 5cm.

Bake for 10-12 minutes until golden brown.

Remove from the oven and leave on the baking sheets for 5 minutes.  Then remove carefully and leave to cool completely on a rack.

Makes 30-40 biscuits (depending on the size of your dollops!).  Will keep well in an airtight tin or box – if they last that long !!