The Alphabakes Challenge for February, organised by Ros of The more than occasional baker, and Caroline of Caroline Makes, is to bake something which has the letter “E” in the title. 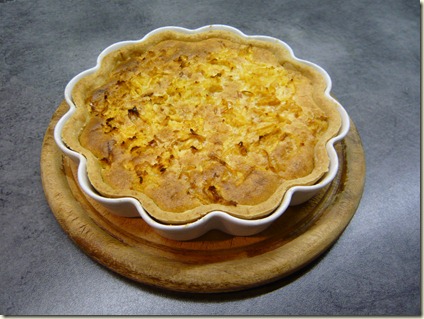 Well it turns out that Ros has presented us with a real challenge this month because….have you ever looked in the index of a recipe book to see how many entries there are for the letter “E”?  Well I have, and believe me, there are very few !!  Simply “egg” was not allowed so if you take “egg” out of the selection you are left with lots of recipes that are entitled “easy” this or “economical” that, “everyday”  the other, and not much else. 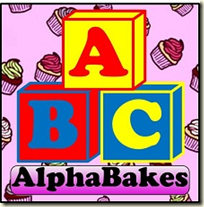 I could have attempted chocolate éclairs or English madeleines, which were very tempting.  Eve’s pudding was a possibility and I did make a baked egg custard the other week - but thought that wouldn’t count. 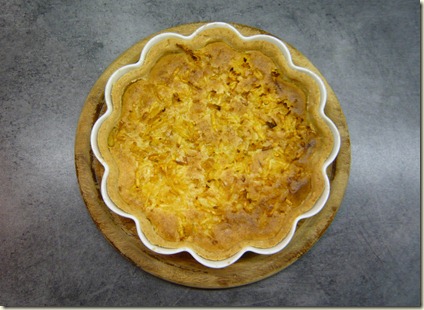 Then I remembered this dessert that I used to make regularly in the 1990’s.  It’s a sort of orange curd tart with grated apple on top and all I had to do was remember which recipe book it came from. 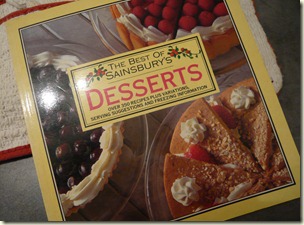 And here it is, full of puddings that have long since gone out of fashion, piped whipped cream no longer being the height of sophistication for a dinner party. 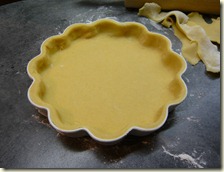 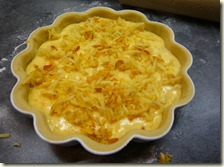 It’s easy enough to make – a sweet pastry case and a filling made from whisked egg yolks and candied peel.  Then you simply sprinkle grated apple on top and bake.

The recipe does not suggest baking blind the pastry case and indeed there was a slight hint of a soggy bottom.  Perhaps not exactly soggy, but maybe just damp - less crisp and crumbly than would be perfect.  In previous decades a soggy bottom never bothered me, possibly because most of my tarts and pies probably had them and it was the norm.  I’m sure my mum’s often had them too.  But somehow since “Bake Off” having a soggy bottom has become a criminal offence and we are all now much more conscious of them – I have been known to turn my pastry upside down and give it a Mary Berry kind of tap just to make sure !!  So the next time I make this tart I think I will bake the pastry case first, just to see if it makes a difference !!

Of course I have no idea what it is about the tart that links it to the eighteenth century.  Delia has a creamed apple flan on her website which she says comes from an eighteenth century recipe.  Further research via Google comes up with a handful of puddings that contain lemon, apple or pear - and a few rather buxom wenches!  Unfortunately my recipe book is from the era where all you get is the recipe itself – history and other observations seem to be a phenomenon of more recent cookbooks. 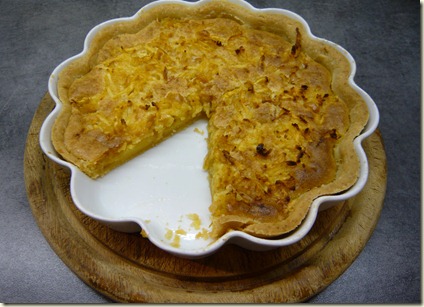 The filling is shallow but very rich and you only need a small slice each, depending of course on how much you had to eat before you got to the dessert.

Now that I have rediscovered it I shall add it to back into my repertoire of favourite puddings.  Which brings me nicely to the point where I can also submit it to this month’s Tea Time Treats Challenge, organised by Karen of Lavender and Lovage and Kate of What Kate Baked – because this month’s challenge is for puddings !!

Kate is in charge this month and, being rather a fan of puddings myself, it was almost unthinkable that I should not take part this time !!

Make the pastry by putting the flour and butter in a food processor and blitzing until breadcrumbs miraculously appear.  Add the sugar and egg yolk and pulse again, adding enough water to form a dough.  Roll out and line the tart tin or flan dish.

To make the filling, put the egg yolks and sugar in a medium bowl and whisk with an electric whisk, beating until they are light and fluffy.  Stir in the candied peel and orange zest.

Spread the filling over the pastry case.  Core the apple and grate it, unpeeled, then sprinkle it over the filling.

Bake for 25-30 minutes, or until the pastry is golden brown and the filling slightly puffed up and not too wobbly.  (It will shrink back down as it cools.)

Serve warm or cold.  Cuts into 6 slices as a little goes a long way.