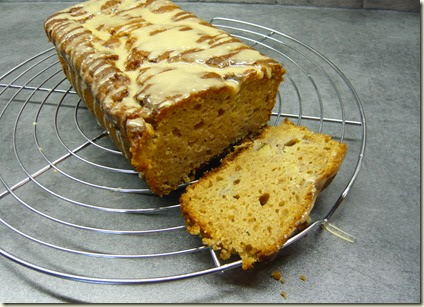 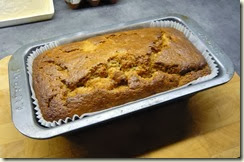 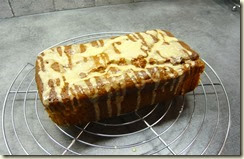 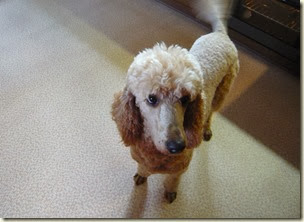 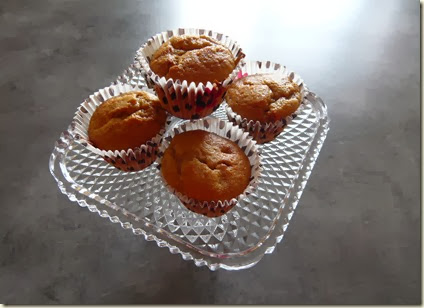 I adapted a recipe on the Channel 4 website which was actually written for children (and has since disappeared).  It was indeed very easy and produced a huge quantity of mixture, far too much for my large loaf tin.  So I made some of it into six muffins. 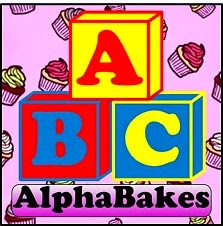 Add the mashed bananas, yoghurt and orange zest and stir.