Quite a few moons ago, I spotted a recipe in one of the blogs I read regularly for “chocolate pudding cake with raspberries”. 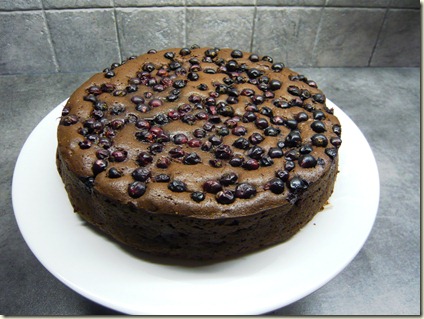 I apologise sincerely to the writer of the blog but try as I might, wracking my poor old brain, I cannot recall whose blog it was.  Suffice it to say, I was so taken by the recipe at the time that I recklessly bought the book that it came from, ordering it from Amazon - “Eat, drink, live” by Fran Warde. 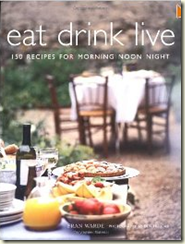 This is, I suppose, no more daft than buying a CD on the strength of one track heard on the radio.  As it turns out, it is a beautiful book, full of promising recipes to tempt me into the kitchen. 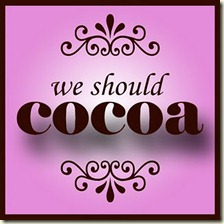 So, when I read that this month’s We Should Cocoa challenge, organised by Choclette of Chocolate Log blog and Chele of Chocolate Teapot blog, was for something combining chocolates with blackcurrants, this recipe sprang to mind. 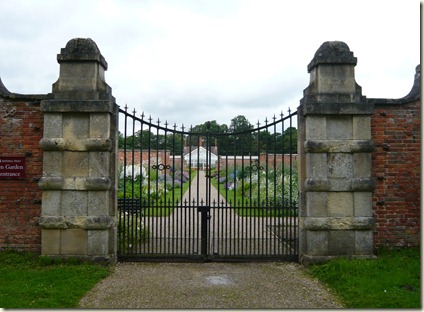 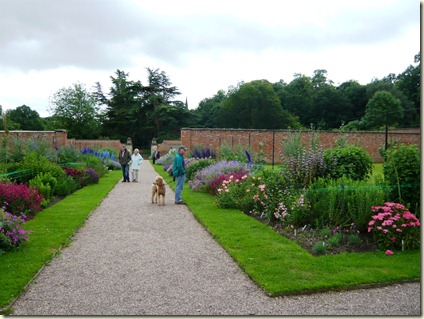 That very same day, a miserable and rainy Sunday, Nick, Lulu and I decided to brave the chilly drizzle and go to Clumber Park for a walk and an ice-cream.  We visited the walled kitchen garden, which was an absolute delight and I would recommend to anybody and everybody.  At the entrance there were punnets of blackcurrants on sale, freshly picked that morning.

I love blackcurrants.  The sight of them takes me back to my childhood, picking them from the bushes in my grandmother’s garden and watching her make them into jam on her green enamel stove with the big knobbly taps. 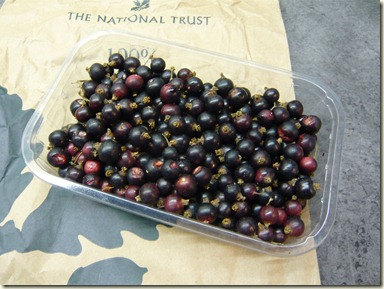 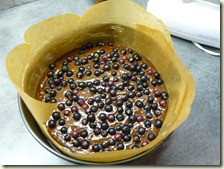 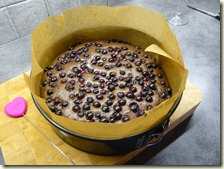 There is an awful lot of chocolate in this cake !!  It makes a chocolate torte style of cake, definitely a dessert cake and not the afternoon tea variety.  The blackcurrants looked lovely on top of the mixture before it went in the oven and I’m pleased to say looked just as beautiful when the cake was done, like little jewels studded on the top.  They didn’t sink and weren’t crozzled either. 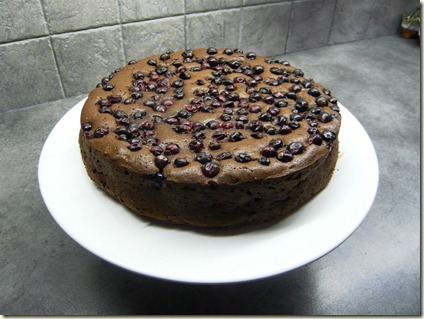 The recipe suggests dusting the cake with icing sugar, which I dutifully did, then regretted immediately, as the jewel-like effect of the lovely little currants then disappeared. 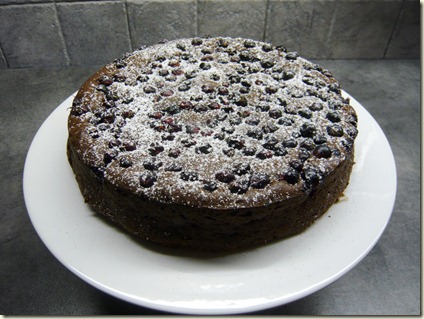 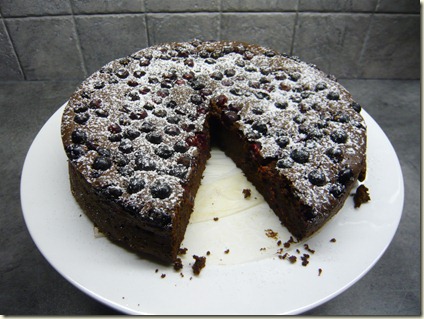 It was not a cake for the faint-hearted.  It had an intensely chocolate-overload kind of flavour which contrasted really well with the tartness of the blackcurrants.   The hint of coffee in the background was just right.  It would make a stunning centrepiece for a dinner party, served in very slim slices with a little cream or ice-cream.

I imagine it would also be delicious with raspberries as an alternative to the blackcurrants – the same kind of sharpness but not such an extreme contrast in flavour.

Here’s my adaptation of the original recipe:

150g blackcurrants (I washed and topped and tailed mine)

Break the chocolate into pieces and put it with the butter in a small saucepan.  Stir over a low heat until melted together and smooth.  Set aside.

Whisk the eggs and sugar together in a large bowl using an electric whisk, until light and fluffy, which may take about 5 minutes.

Gently fold in the flour and the chocolate mixture until well combined.

Poor into the tin and sprinkle the currants on top.

Bake for 40 minutes, or until firm and coming away from the sides of the tin.  Cool in the tin for a few minutes then remove to a wire rack.

Serve dusted with icing sugar and a little whipped cream or ice-cream.

more of the same baking challenge, chocolate, faff factor **, we should cocoa