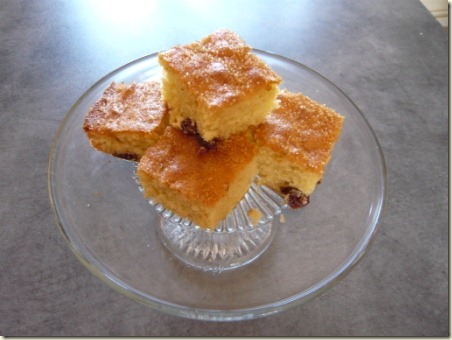 There was a Nigel Slater recipe in April’s edition of Sainsbury’s magazine that I had an urge to bake.  It was for white chocolate and sour cherry squares.  I happened to have a packet of dried sour cherries in the cupboard, bought ages ago for some recipe that I never got around to doing, and they needed using up. 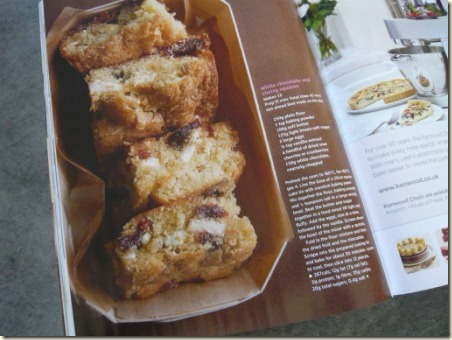 The squares looked lovely in the picture and they seemed to turn out nicely but after even a few hours they were becoming very dry and the next day they were hard as rock.  So hard that I actually threw them out, which is unheard of in this house.  Most baking disasters can be rescued with some custard or ice-cream, but these were well past any hope at all.  Interestingly, the recipe did hint that they should be eaten on the same day as they are baked.

Anyway, I really liked the combination of the white chocolate and sour cherries in the squares when they were still edible, and there were a few left in the packet, so I decided to have another go.  This time I decided to adapt a Mary Berry traybake recipe, using the one for sultanas and orange, substituting the white chocolate and cherries instead. 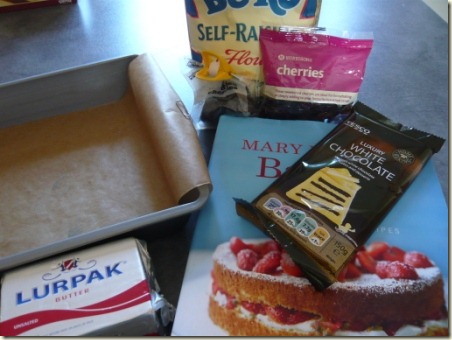 I hadn’t got quite enough sour cherries left in the packet and couldn’t find any more in the local supermarkets so I used sweetened dried cherries to make up the quantity. 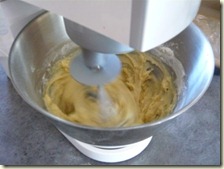 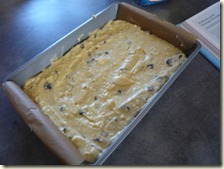 Mary Berry’s recipe says to take the part-baked cake out of the oven and sprinkle with demerara sugar, then bake for the remaining time so this is what I did. 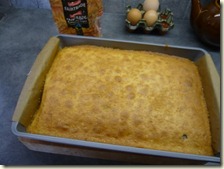 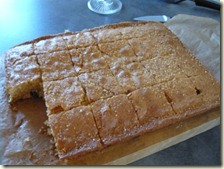 They turned out beautifully.  Moist and absolutely scrumptious.  The mixture of white chocolate and dried cherries works really well. 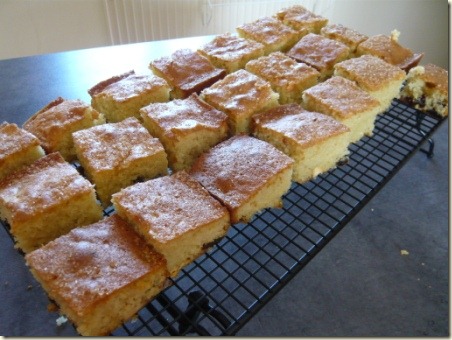 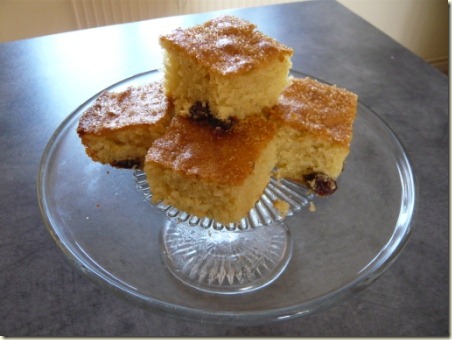 My dad took half of them to his model engineering club where they were devoured by the members before you could say “time to put the kettle on”.  Nick took the rest to work and his colleagues declared them a hit.  I saved a couple of squares for myself of course and can vouch for the fact that they were yummy.  Definitely worth baking again and dead easy too.

Preheat the oven to 180°C/160°fan/gas mk 4.  Grease a large traybake tin (approx 30 x 25 cm) and line it with a strip of baking paper that goes the length of the tin and overhangs at each end.  Secure the ends with paper clips if you have a fan oven – this prevents it being blown back onto the cake mixture whilst baking.

Put the butter, sugar, flour, baking powder, eggs and milk into a food mixer and beat until smooth.  Add the chocolate and cherries and combine.

Spread the mixture into the tin and level the top.

Bake for 25 minutes and remove from the oven.  Sprinkle about two teaspoons of demerara sugar on top of the cake and return to the oven.

Bake for about 10 more minutes, until the cake is golden brown and springs back to the touch.

Cool for 10 minutes in the tin then turn out onto a cooling rack.  When completely cool cut into squares.

Makes 24 squares and keeps well in an airtight tin.