I have run out of time to take part in the May Random Recipe Challenge from Dom at Bellau Kitchen. 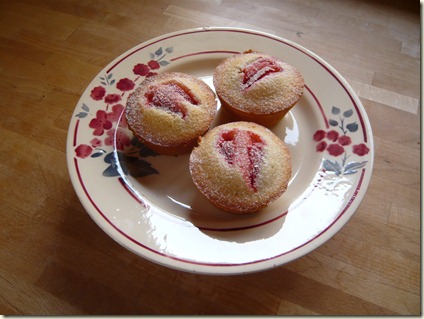 I selected a book at random early in May.  It was a book of recipes for whoopee pies and cupcakes and the first recipe in the book was for a “classic victoria sponge whoopee”.  Perfect.

Then life got hectic. 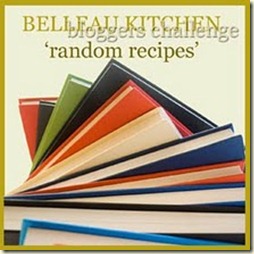 A few gruelling weeks at work for me combined with working abroad for Nick and suddenly I found myself in headless chicken mode, trying to juggle life at work with life at home and getting ready to go on holiday.  My spare time for baking ran out and I gave up the idea of taking part.  But not entirely.

I brought the recipe book with me to France, which is where I am now, just in case, and in the hope that I would find the time to bake before time ran out to take part.  But, when I opened the book again, I couldn’t face attempting something as fiddly as a whoopee pie.  I have no idea what one is, having never seen one before, never mind eaten one.

Except that I now have quite a library of cookbooks in our French house, mainly duplicates of books that I have in the UK and can’t live without here.  So I thought I might look for something easy to do and picked out this book by Louise Pickford. 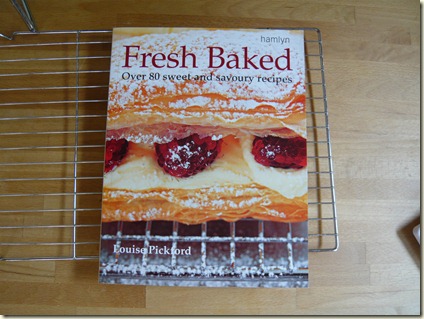 The first few recipes in the book are instructions for making pastry and so on.  The first actual recipe is on page 28 and is for raspberry and coconut friands.  Perfect.

Except that when we did a quick “smash and grab” shop at the supermarket in Descartes just before they closed for lunch on Sunday, bearing in mind they would also be closed on Monday for the French bank holiday, I didn’t see any raspberries but picked up a small box of strawberries instead.  So this is how I came to be baking strawberry and coconut friands. 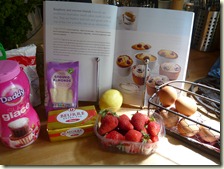 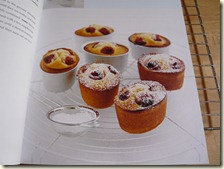 Friands are lovely little cakes made principally with ground almonds in special oval friand tins.  I do possess a silicone pan in the classic oval friand shape but of course that is back in England.  So I made round ones using a muffin tin. 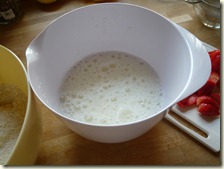 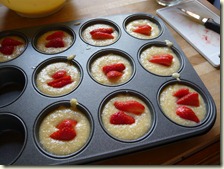 They are extremely easy to make.  You simply whisk the egg whites until foamy, combine with the dry ingredients, fill the tin, scatter the fruit on top and bake. 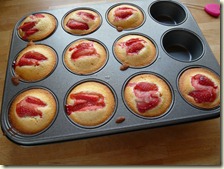 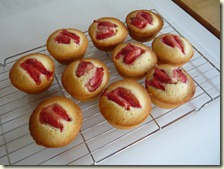 I presented mine dusted with icing sugar and served on a sweet little dish I bought for 3€ at a vide grenier on Sunday.  (a vide grenier is the French equivalent of a car boot sale and I could have bought a whole dinner service of chipped crockery in the same pattern, including a soup tureen, sauceboat saucer – no sauceboat -  and three cake stands, but decided just the one cake stand was probably enough.) 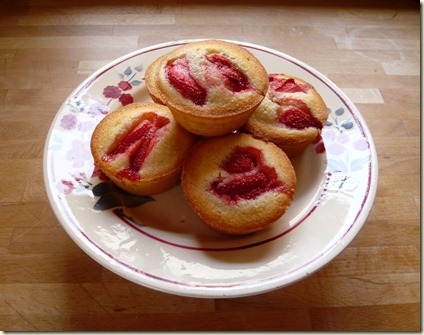 They looked pretty good without their dusting of icing sugar but I decided to dust as per the recipe.  I gave one to our neighbour, Mme André, who declared them a hit and suggested I should have a stall on the market.  Praise indeed. 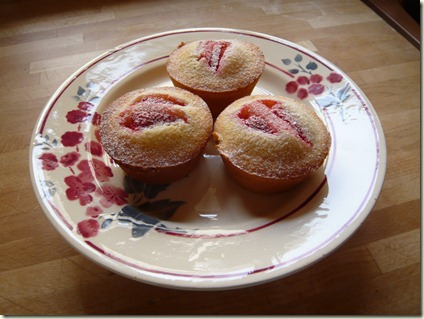 a handful of strawberries, washed, hulled and sliced

Weigh chunks of the butter into a small saucepan and put on a gentle heat to melt.

Sift the flour and icing sugar into a large bowl.  Stir in the ground almonds, coconut and lemon rind.

In a separate clean bowl, whisk the egg whites until frothy and then fold into the flour mixture.

Add the melted butter and stir well until thoroughly combined.

Divide the mixture evenly between the ten muffin or friand moulds.  Drop strawberry slices on top of each friand.

Bake for 18-20 minutes, until the cakes pass the skewer test.  Cool in the tin for 5 minutes.  Run a knife around each friand to loosen from the tin and lift out gently.  Cool on a wire rack.