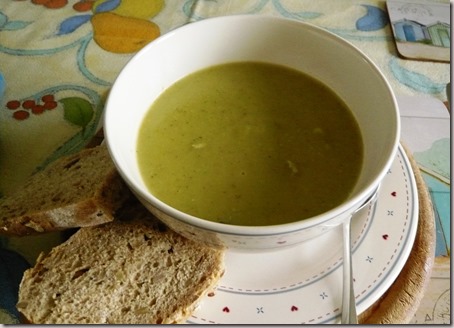 We have without doubt had a trying time recently.  With Nick having had his minor heart attack last month and being in hospital before Christmas, my dad then had a slight stroke last week.

It never rains but what it pours, as they say, but this time I am glad that luckily we were still in Derbyshire to pick him up and dust him down.  He’s fine, having had a narrow escape and something called a subdural haematoma.  There seem to be no lasting effects and we’re keeping fingers crossed that his GP will pronounce him fit to continue driving. 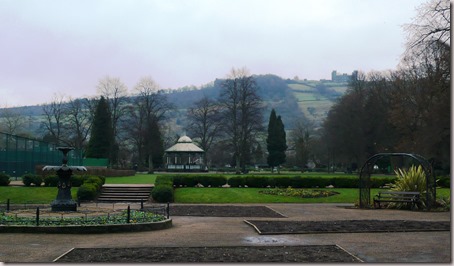 Just to add to the challenge I have had a stinking cold for the last two weeks.

By the weekend things were looking up.  My cold was getting better, Nick was driving again and my Dad came out of hospital.  Yesterday we went for a walk around the park at Matlock, just for some fresh air and exercise, somewhere I haven’t been for many years.  Bits of Matlock haven’t changed since I was a child.  Riber Castle still stands overlooking the town and the park is as neat and tidy as ever – or as it can be in the middle of winter.  We used to live a couple of miles over the other side of the hill from the castle and a walk up to it was a regular activity after Sunday dinner. 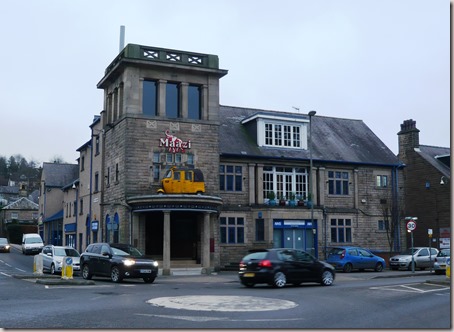 The cinema is no longer a cinema but an Indian restaurant, with a genuine tuk tuk perched over the entrance.  I seem to remember it was a Chinese restaurant for a while before that and hasn’t been a “picture house” for a very long time.  If I had a sixpence for the number of times I have sat and watched a picture in the 1/3d’s – it probably wouldn’t amount to enough to buy one cinema ticket nowadays!  Somehow “going to the pictures” on the bus to see the picture that was on for the week sounds so much more special than driving to the nearest cinema complex and choosing from six different movies.

Anyhow, with the weather grey, cold and miserable, soup, or the making of soup, is very appealing.  What could be better than delicious aromas filling the house and a bowl of lovely warming soup on the table?  I haven’t been doing much real cooking lately due to lack of time and energy and a carton of broccoli and stilton soup was one of the things that got randomly purchased to fill the fridge.  Whilst I was eating it I had a strong urge to make it for myself as soon as I had the time and this recipe is based loosely on one found on the BBC Good Food website.

It was simple, quick and easy to prepare and absolutely delicious.  I used less stilton than the recipe suggested as Nick is not a huge fan of blue cheese and a hint of it is enough for him.  In fact more would have overpowered the soup I think.  The soup is fairly thick and can be blitzed completely smooth or left slightly lumpy as you like.

1 litre vegetable stock made with a stock cube or powder

A good splash of dry sherry

Heat the oil in a large saucepan or stock pot, add the onion and cook gently, lid on, for 5 minutes.

Remove the florets from the broccoli and set aside.  Remove the woody bits from the stem and cut it into thick slices.  Add the slices to the pan with the leek, celery and knob of butter.  Put the lid back on and cook gently on a low heat for 10-15 minutes until the veg are soft.

Add in the florets, potatoes and stock, bring to the boil and simmer gently, lid on, for 15 –20 minutes.  Remove from the lid, stir in the stilton and cook until most of it has melted into the soup.  Add the sherry and season with black pepper before blitzing to the smoothness you like using a stick blender or by transferring to a food processor.