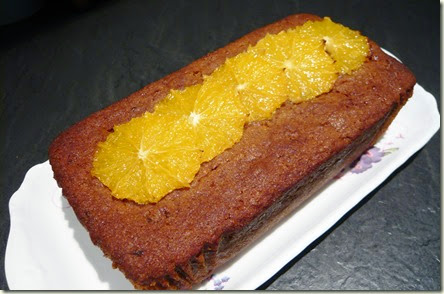 My sister in law recently asked me to recommend a recipe for a carrot cake, saying she found many of them too moist and oily.  I had to confess that I had never, ever made a carrot cake.  I have made cakes from parsnips, courgettes, beetroot, pumpkin and butternut squash, all of which were delicious.  But never carrots.

Anyway, a request came along for cakes for the Children in Need cake stall at work (although I retired eighteen months ago) and I had all the ingredients in stock, so the excuse was there to have a go at my very first carrot cake. 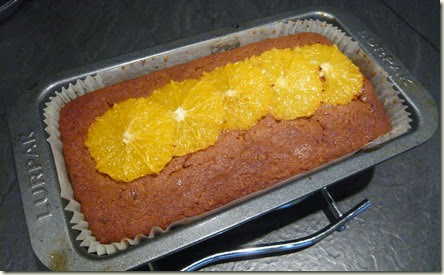 I chose a recipe in Mary Berry’s Baking Bible, because it only has carrot and orange flavours, no bananas, sultanas or anything else to detract from the main ingredients, apart from a little mixed spice.  Also, bearing in mind what my sister in law said, it’s made with butter, not oil. 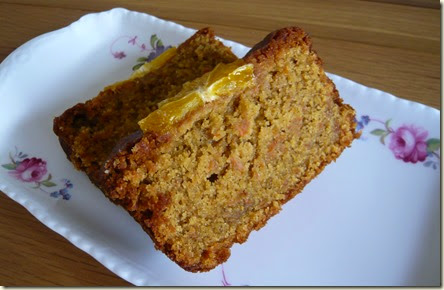 There was no picture of the cake in the recipe book so I had to use my imagination a bit when decorating the cake.  The idea is that you bake the cake until it’s fairly firm, remove it from the oven and then lay orange slices on top, brush it with runny honey and put it back in the oven for another fifteen minutes or so, until it’s completely done.

I was half pleased, half disappointed with the finished cake.  It was rising beautifully when I took it out of the oven to add the orange slices and honey, but then ended up much shallower with a distinctly dense layer of cake at the bottom.  All presumably because of the removing from the oven.  The flavour was delicious and it was lovely and moist without seeming at all oily.  The orange flavour was subtle and we could also taste the honey.

I shall certainly make it again but next time I won’t bother adding the orange slices as I don’t think they improved the cake at all, will leave it to cook properly in the oven and maybe drizzle some runny honey over it as it cools, as you would with a lemon drizzle cake.  I might even try one with a cream cheese style of frosting, as in so many carrot cake recipes.

Incidentally, I spotted an error in Mary Berry’s recipe, a rare thing I think.  She lists 175g carrots in the ingredients but when it comes to the method they are simply added with the other ingredients – nowhere does it say that you should grate them!  But everyone would know that……….wouldn’t they? 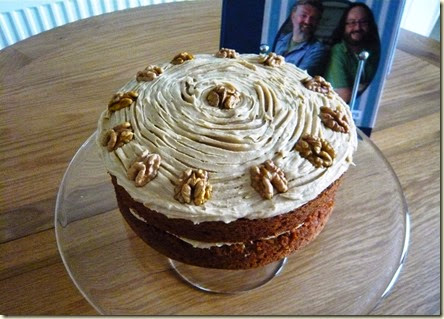 We only made two cakes for the cake stall this year, my carrot cake and Nick’s usual coffee and walnut cake from the Hairy Bikers recipe.  He has tried several recipes, including Nigella’s but we both think this one is the best.  I wrote about it some time ago here.

So this year I only provided two cakes for the cake stall instead of my previous seven or eight, but every little helps after all.

1 tblsp milk (if needed to give a dropping consistency)

Finely grate the orange rind and add to all the other cake ingredients in a large bowl.  Beat well until thoroughly blended, and transfer to the prepared tin.

Bake for about an hour until just firm.

While the cake is baking, prepare the orange slices by removing all the pith from the orange with a sharp knife and then slicing thinly.  Remove the just firm cake from the oven, arrange the orange slices on the top and brush with the runny honey.  Return to the oven for about 15 more minutes until done.

Cool in the tin for 10 minutes then turn out, remove the baking paper or liner and cool on a rack.