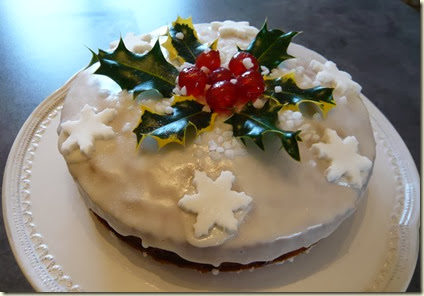 The local Clandestine Cake Club meeting for December was themed “the taste of Christmas from your county”.  It was a three regions meeting including Chesterfield (Derbyshire), Sheffield (South Yorkshire) and Newark and Sherwood (Nottinghamshire).

I couldn’t think of a single cake that was uniquely from Derbyshire and even after endless research I found nothing much for Christmas at all.  There are a few local cakes attributed to Derbyshire villages but they are mainly all variations on a family fruit cake.  There is also something called a “Thor Cake” which is a kind of parkin with either currants or mixed peel in it and traditionally eaten on Bonfire Night, although I had never heard of it before.  I also found a recipe for a “Kedleston Marmalade Cake” in a National Trust recipe book, but I had never heard of that either. 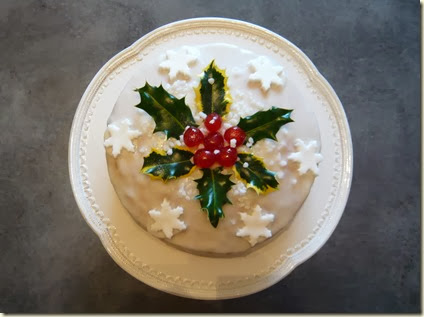 I have to say I was rather disappointed.  There are scores of recipes for fabulous cakes from other areas of the country, so where are our cakes?  There are plenty of traditional Derbyshire pies, tarts, biscuits, buns and puddings of course and the most famous one of all is the Bakewell Tart or Pudding. 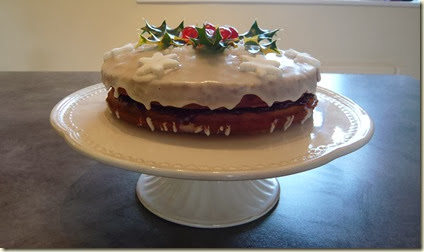 Many of you will know that only cakes are allowed at CCC meetings so I decided to make a Christmas version of our famous dessert.  A Christmas Bakewell Cake.

I used a really nice recipe from the Good Food website which you can see here.  I increased the amount of almond essence because I wanted full on almond flavour and filled it with the best part of a whole jar of Sainsbury’s Taste The Difference morello cherry jam, which has lots of whole cherries in it.  I decorated it with glacé cherries, perles de sucre (crushed sugar lumps), fondant icing snowflakes, holly leaves from the garden and a good sprinkling of edible glitter. 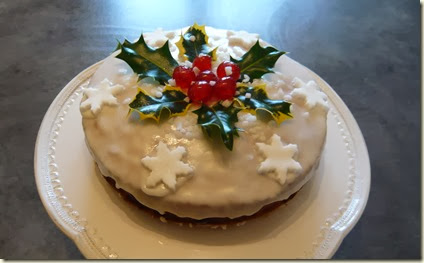 The cake would make a good alternative for people who want a slice of Christmas cake but don’t enjoy a rich fruit cake. 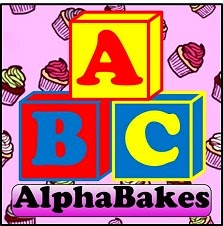 And if I cheat ever so slightly and call it a “Xmas Cherry Bakewell Cake” I can enter it into this month’s Alphabakes Challenge, organised by Ros of The more than occasional Baker and Caroline of Caroline Makes, as the letter this month is, conveniently, “X”.  You can see the details here.

For the filling and decoration:

¾ jar of morello cherry jam with whole cherries in it

Christmas decorations of your choice

Put all the cake ingredients into a large bowl and beat together, using an electric whisk or mixer.  Divide the mixture between the tins and level the tops.

Bake for about 30 minutes until golden and springy.  Cool in the tins for 5 minutes then turn out onto a wire rack to cool completely.  When cool, spread the jam generously on the bottom of one cake and place the second on top, the right way up.

To make the topping, sift the icing sugar into a large bowl and add enough lemon juice to make it as runny as you need to coat the top and run down the sides slightly.  When the icing is almost set, add your decorations.

Cuts into 8-10 good slices.  Remember to tell people not to eat the holly if it’s real!

*Ground almonds may be difficult to get hold of at the moment.  Tesco, Sainsbury’s and Morrison’s had none when I looked for them recently, due to a product recall because traces of peanuts were found in them.  You can still get them at Waitrose, Julian Graves and the Co-op.