This is one of the cakes that I had in mind to bake for our Children in Need cake stall in November.  I changed my mind because I thought it wouldn’t sell well.  The best sellers are always the large cakes which are decorated in lots of gooey icing. 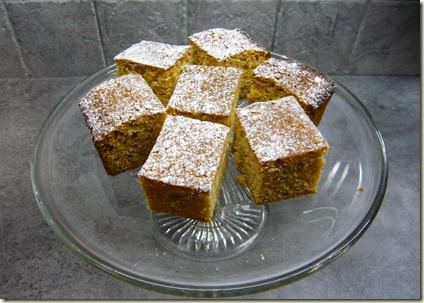 However, I recently needed a cake and I was most intrigued by the recipe so I decided to give it a go.  It’s called lemon and ginger cake and it’s essentially a ginger cake with half a jar of lemon marmalade in it. 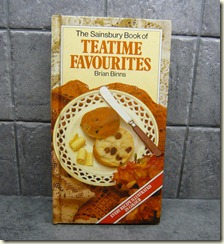 The recipe comes from this book, which is one of the series of little cookbooks that you could buy in Sainsbury’s for 99p each during the 80’s and 90’s.

I was reminded of my own collection of these books when Phil wrote about Bolton Flat Cakes in his blog “As Strong as Soup” a few months ago. I don’t know if I ever bought this particular book and in fact all of my little Sainsbury’s books have long since disappeared.  I think I took them to the charity shop in an overenthusiastic and regrettable clearing out session.

Anyway, I liked the sound of Phil’s recipe – this kind of book is just my cup of tea right now - so after a bit of lazy internet research I found a copy on Amazon.  For the princely sum of 99p (plus postage of course) so that’s not bad. 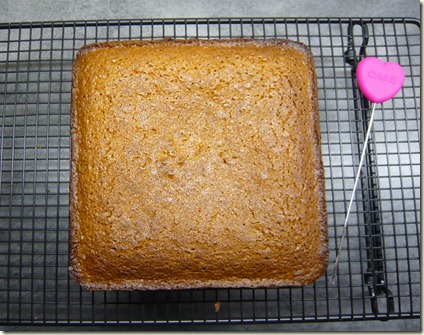 The cake was really easy to make, a melted mixture of butter and golden syrup being added to the flour with the marmalade.  I used Robertson’s Silver Shred – it’s many decades since I bought a jar and it was a favourite of my grandmother.  Which is how I came to have a large collection of the gollies that you could send off for, using the coupons on the jars.

The strange thing is that when I was measuring out my ingredients I found myself weighing in ounces, which isn’t easy as I have to deliberately reset my scales to do this.  Obviously my mind was wandering back to times gone by as I followed the recipe – how spooky is that ?!  I felt quite a little shiver down my spine when I realised what I was doing !! 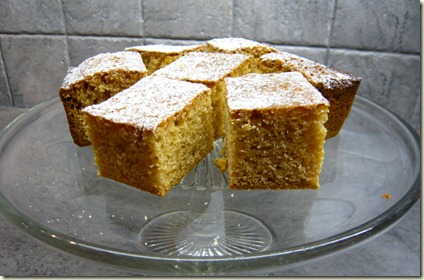 I just gave mine a dusting of icing sugar and the flavour and texture of the cake are so lovely they speak for themselves,  but I would have to think of a way of glamorising it if I was going to be sure it would sell at the cake stall next year.

(Next time I make the cake I will be tempted to add a little lemon zest to boost the lemon flavour.)

250g (about half a jar) of lemon marmalade

Melt the syrup and butter together in a medium saucepan.  Off the heat stir in the marmalade and egg.  Set aside to go cold.

Sift the flour, baking powder and ginger into a large bowl, mix together.  Add the syrup mixture and beat until well combined.

Pour the mixture into the tin and bake for about 45 minutes.

Cool in the tin for a few minutes then turn out onto a rack to cool completely.