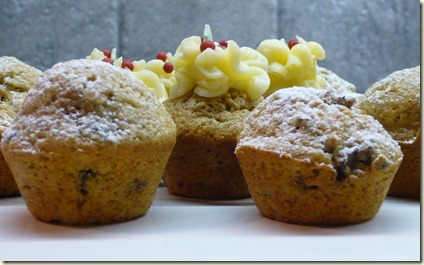 I’m a great fan of traditional Christmas pudding. It’s a must for Christmas dinner in our house – and luckily there is usually some left over.

I happen to think that the leftovers are one of the great joys of Christmas - having spent my childhood sneaking a cold Brussels sprout or spoonful of trifle when nobody was looking.  The Christmas pudding does present a bit of a challenge though so I did a bit of Googling and came across this recipe by Rachel Allen. 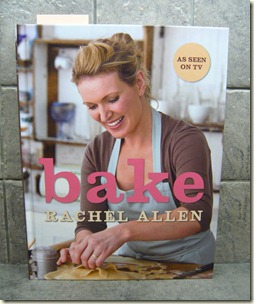 It is also in her book “Bake” which I bought not long ago when it was less than a fiver.  In it she calls them St Stephen’s Day Muffins.  Boxing Day muffins by another name !!

It’s a simple muffin recipe, with the addition of a little booze and crumbled Christmas pudding.  When I read that they also freeze well I just had to have a go – the opportunity for little morsels of my Christmas pudding later in the year really appeals !!  Yes, I love Christmas pudding that much but somehow eating one at the wrong time of year seems a little wierd. 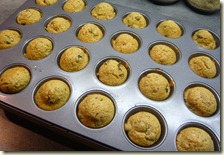 The recipe makes exactly the right amount for a standard mini muffin tin and they take no time at all to make and bake.  In the book Rachel suggests dusting them with icing sugar but on the website she gives a recipe for sherry butter icing. 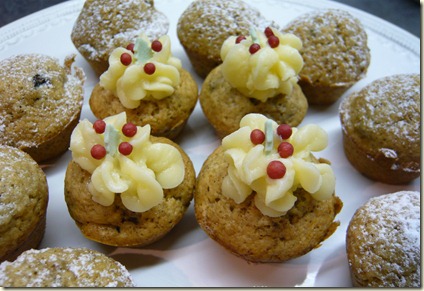 I had some leftover brandy butter so I decided to use that and add few Christmas sprinkles.  They were absolutely scrumptious, with all the warm spicy flavour of a Christmas pudding but with none of the stodginess.  They were beautifully light and fluffy and would go really well with a nice cup of coffee at any time of year. 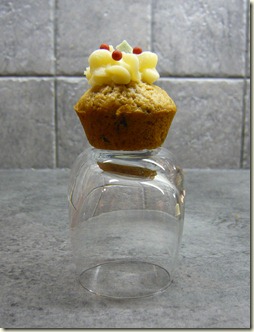 I even think they would actually make a nice alternative to the pudding itself, for those who like the flavour but haven’t got the room in their tummies !!

Sift the flour, baking powder and mixed spice into a large bowl.  Stir in the sugar.

Whisk the egg in another bowl, add the milk, butter and booze.  Crumble in the Christmas pudding and mix well.

Pour the liquid ingredients into the flour mixture and mix together, not over-mixing as usual with muffins.  Spoon into the muffin tin and bake for 10-15 minutes until risen and brown.

Cool on a wire rack and dust with icing sugar or decorate with buttercream.