WHILE THE CAT’S AWAY

The mouse will make rice pudding. 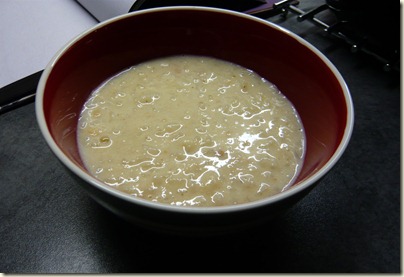 Another book I bought from the discount bookshop was one by Gregg Wallace.  It cost me £3.99 which I thought was ok for a book full of pudding recipes.  I had never heard of Gregg Wallace until I watched Masterchef on the telly and find him quite amusing, his love of pudding being something I can identify with.  (When we eat out I usually choose my meals from the pudding backwards.) 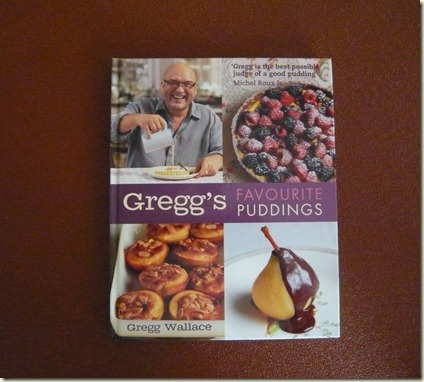 On leafing through the book I spotted a recipe for rice pudding and, with Nick working away from home, I decided it was now or never.  I had all the ingredients in stock so why not?

Nick and I don’t disagree about too many things but one of them is rice pudding.  I love it and he hates it.  I love rice pudding made as my mother used to make it – made just from rice (pudding rice was the only rice anyone bought in the 1950’s), milk, sugar, a knob of butter and a sprinkle of grated nutmeg.  It was baked in the oven for absolutely yonks alongside the lamb – we had lamb shoulder most Sundays for dinner, decades before slow roast shoulder of lamb became a trendy thing to eat.  The rice pudding would be thick with a golden brown skin on top.  Occasionally mum would put in some evaporated milk to make it even more delicious.

The best rice pudding I ever had was the one my mum made to welcome me home from the nightmare holiday that no-one ever wants to have.  We went to Cyprus for a week and I spent three weeks in a Cyprus hospital.  When I finally got home, still so poorly that I had to have help to climb the stairs, a whole rice pudding was in the fridge, just for me. 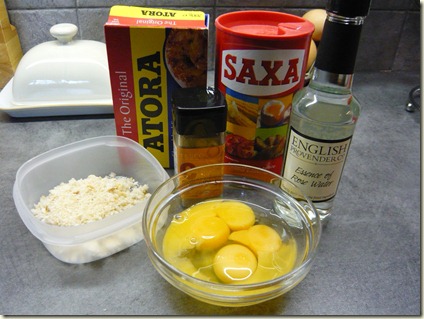 Gregg’s rice pudding recipe has ingredients that my mother would never have thought possible – nor me for that matter – suet, salt, breadcrumbs, coriander, eggs and rosewater. 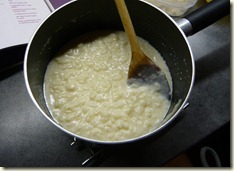 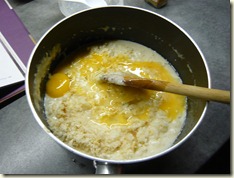 This pudding is cooked in a saucepan on top of the stove (which would have my mother turning in her grave for a start).  The eggs, breadcrumbs and rosewater are added once the rice is cooked and creamy. 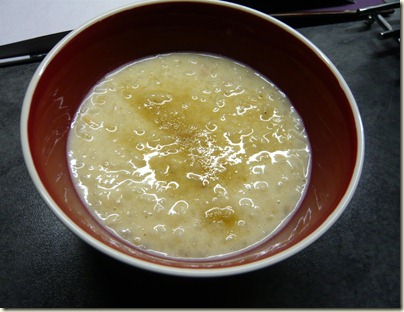 It was absolutely divine.  For people that love rice pudding this is the holy grail of rice puddings.  A wonderful combination of flavours and absolutely scrumptious.  The sprinkling of brown sugar on top was not necessary – as I discovered when I indulged in my third bowl.

There are not many foods that I could die for but this is one of them.

4tblsp white breadcrumbs (mine came out of the freezer, I just left them to thaw while the pudding was on the hob)

a spoonful of light brown sugar to serve

Put the rice, sugar, suet, milk, salt and spices in a medium saucepan.  Bring to a simmer and cook gently, uncovered, for 30-40 minutes until the pudding is thick and creamy.

Add the eggs, breadcrumbs and rosewater and beat until combined.

Serve warm with a sprinkling of brown sugar if you like.