It’s that time of year again.  Charity cake stall time.  About twelve years ago I started a cake stall at work to raise money for “Children in Need” and the first year we made £135.  At the point where I retired we were regularly making over £1,000 each year.  I still contribute some cakes, even though I retired over two years ago, but nowadays only two or three cakes, not the usual seven or eight.  You can read more about how we raise so much money here. 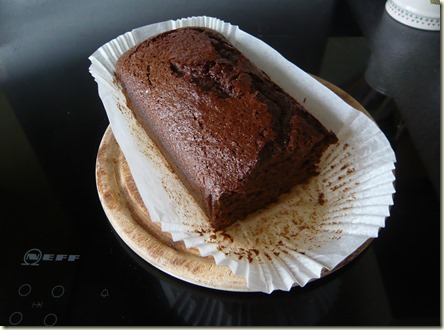 This year we will not be in the UK on the actual fundraising day so I made some cakes that would freeze well and gave them to my colleague to put in her freezer.  I made the ever popular chocolate Guinness cake to Nigella Lawson’s recipe, which usually sells out early in the day.  I decided to freeze it with the topping on as a friend told me it freezes ok, and handed it over with instructions to sprinkle liberally with icing sugar if it looks like a dog’s dinner when it thaws out.  A dusting of icing sugar can do wonders for most less than perfect cakes I find.

The second cake I made was another Nigella recipe; a vanilla spice bundt cake.  More about that later but having never made it before I can’t wait for a reason to make it again.

Nick is also now retired and happy to pass an afternoon baking.  He chose to make a ginger cake to a Delia Smith recipe. 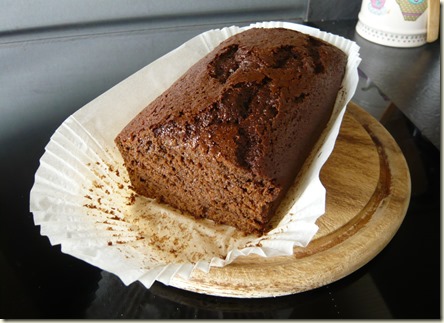 It’s one of those cakes that fills the house with beautiful aromas while it’s in the oven.  Once it was made we were very tempted not to give it away but to eat it ourselves, it looked and smelled that good.  But we did the right thing, wrapped it up for freezing and handed it over.  The next day we made another one!

According to the recipe you should keep it for a day before eating.  We were setting off for France the following morning so we wrapped it up in foil and parcelled it up to bring with us – but we simply couldn’t resist just one slice between us before the day was up – quality control of course!

It was scrumptious.  Dark, sticky, dense and almost chewy, with a heady taste of ginger and the other spices.  Several days later it was just as good as when we first tasted it.  What more could you want from a cake?

Perfect for Bonfire Night too, you can find the recipe in “Delia’s Cakes” or see it here.  I can’t recommend it enough and as soon as I get the chance I will be making it again.