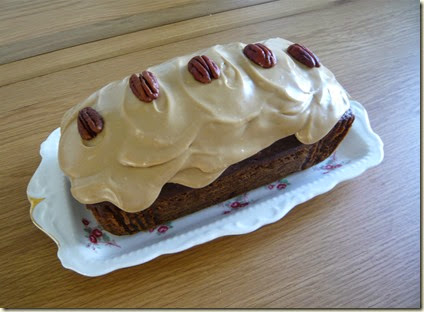 Whilst briefly back in the UK in between French house-hunting adventures a local Clandestine Cake Club meeting cropped up.  After my limited success with the new oven, even though I didn’t trust it, I decided to have another go at baking a cake and Nick decided he would too.

Then we decided to do something radical with the oven. 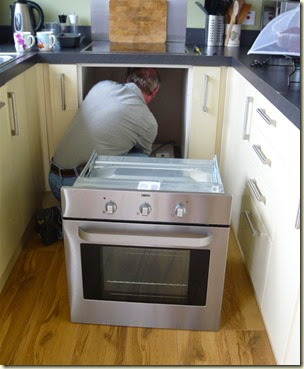 We took it out!

We have not been thrilled with the oven or hob in our new house, both are much more basic than the ones we left behind.  Setting the oven temperature is guesswork, there is no timer programme, just a minute minder and the grill is half the size of my previous one.  It had to go! 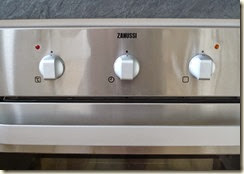 I was looking online to get an idea of how much it might cost to replace it with something more sophisticated and spotted a great offer in John Lewis which included a large trade-in discount.  The offer finishes at the end of August so we decided to go for it. 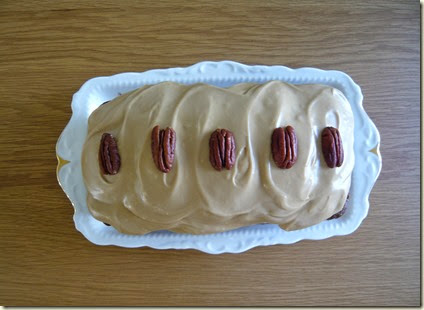 The timing of the oven removal was such that if I was going to make a cake, it had to be one that could be baked a couple of days before it was needed.  I looked through my recipe books and found one by Delia Smith for a cake that sounded very much like a sticky toffee pudding that she said would improve over a couple of days.  Perfect! 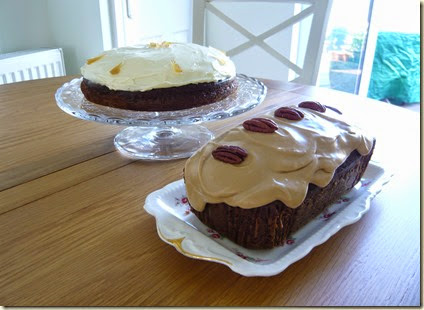 I followed the recipe precisely and it turned out perfectly.  It was however absolutely done in the minimum amount of time given in the recipe, something I am not used to.  This may be due to the characteristics of the oven or the fact that it’s almost impossible to set the temperature accurately on the dial.  Nick made a lovely ginger and orange cake and that was also done in less than the time stated.

You can see the recipe for my cake here.  The only change I made was to decorate it with some pecan nuts.  The fudgy icing tasted like butterscotch and was a total revelation – I have never made anything like it before.  The cake itself was moist and with the dates and pecan nuts was very much like a sticky toffee pudding.  It was lovely and I would definitely make it again.

We take delivery of the new oven – of our own choosing – at the beginning of September, when we next go back to the UK.  I’m really looking forward to it!