DARE TO BARE and the skeleton in the cupboard.

The Random Recipe Challenge at Bellau Kitchen this month is to “dare to bare”.  To show pictures of the inside of our kitchen cupboards. 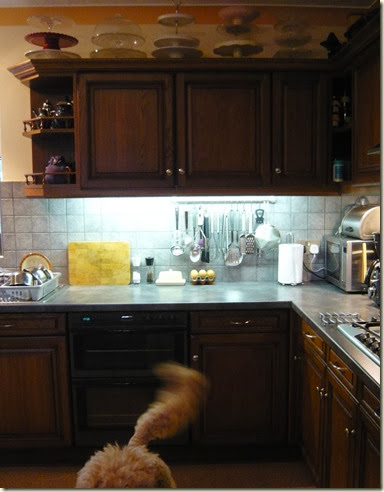 My first reaction was that I couldn’t possibly.  How embarrassing that people should see my packets of Oxo cubes and custard powder.  But then I have enjoyed having little peeks into other bloggers’ cupboards as the posts have cropped up so I decided that it was time I bared all myself, so to speak.

A glance at this first picture tells me straight away what I find most lacking in my kitchen.  A pantry.  The house had a pantry when I bought it and also had a coal house and “back entry”, or corridor between these two dark and dingy little vestibules.  I knocked the whole lot out (not personally of course) and ended with with a huge kitchen and lots of cupboards.  The main problem with cupboards like mine is that to reach a lot of the stuff in them I have to climb on steps or get down on my knees.  The old knees aren’t quite what they used to be so the next house I buy will have a lovely big old fashioned pantry with lots of shelves at a height between the knees and the nose, so you can see what’s there and reach it without performing a stretch or a reverse limbo dance. 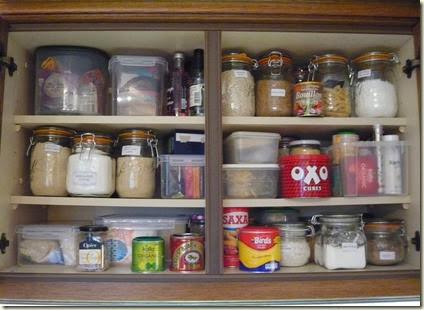 The other thing I would like to point out is that these cupboards are definitely, without a doubt, undeniably the cleanest cupboards in the county.

There’s a rather uncomfortable reason for this. 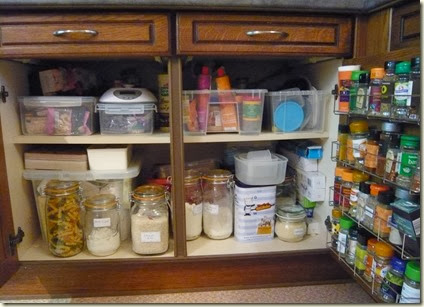 What would be your worst kitchen nightmare?  Ours happened about six months ago.  Flour mites.

There, I have confessed, after all this time.  It was horrible.  They are tiny, almost invisible things that could be mistaken for dust, pepper, or fragments of seed.  They don’t so much move as create an impression of slight movement.  They’re not poisonous or harmful but, believe me, when I realised I had them I was mortified.  I declared war. The little blighters put up a fight.  It took nearly a month of hoovering, cleaning, scrubbing and bleaching over and over again to be sure they had all gone.  During that month, having thrown out anything that was either obviously contaminated or just might have been, the rest of the contents of the kitchen were elsewhere in the house.  Which meant we didn’t have much of a house left for ourselves.

We would rescrub and bleach before bedtime and sometimes I would come down in the middle of the night to see if there was any sign of them, only going back to bed when I was happy that the cupboards were bare.  Then in the morning there would be just a few dots.  We never saw them move but in the time spent to fetch the hoover and the bleach the dots would be in a slightly different place. 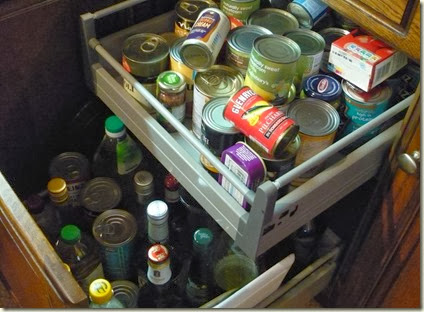 It was a truly miserable experience and one I would not wish on my worst enemy.  Well maybe one or two.

We have been bug free for several months and I still come down in the night occasionally, fling open a cupboard door and shine in my torch, just to check!  We now keep everything in sealed containers to try to avoid a repeat attack.  No more opened packets of flour, pasta or Bisto fastened with a clothes peg.  The only problem with all the sealed containers is that they take up a lot more space than bags or boxes and consequently getting a jar out from the back of the cupboard can involve something like a military exercise and even more limbo dancing than it did before!  We’re not sure how we got the critters in the first place but there were an awful lot in an opened bag of a popular brand of flour, which is where we first spotted them. 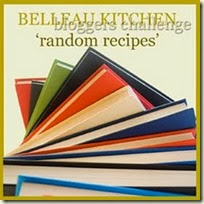 So thanks again to the lovely Dom of Bellau Kitchen for his monthly challenge, which led to the revealing of my “skeleton in the cupboard” !!